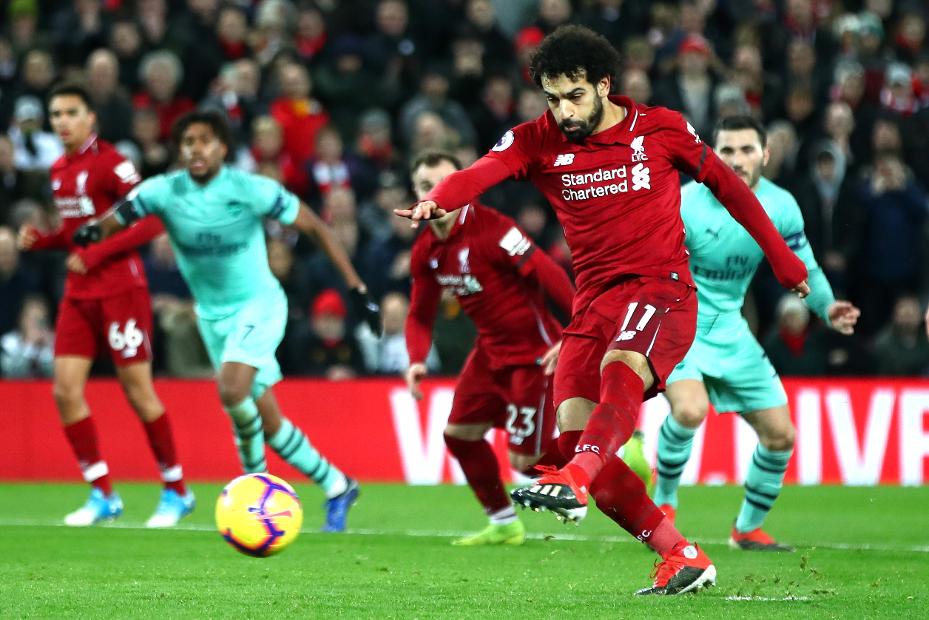 Neville: Salah's special because he makes his goals
Owen: A win or draw would keep Man City in the race
Aguero keen to keep up home run against Liverpool

Liverpool's decision to move Mohamed Salah into a more central role has been fully justified, writes Adam Bate of Skysports.com.

But Klopp has tweaked Salah's position, switching him to a more central role and placing greater demands on Roberto Firmino to accommodate Xherdan Shaqiri.

The change was much debated in the early part of the season. Now, with all three players impressing, it looks to have been the masterstroke that could propel Liverpool to the title.

"He had to adapt a bit to a slightly different position," explained Klopp over Christmas. "It is not that much different but it is different from time to time."

The decision has not only resulted in Salah going into 2019 as the joint-top scorer in the Premier League but the other aspects of his game are flourishing too.

For example, no player in the Premier League has won possession of the ball in the final third of the pitch as many times as Salah this season.

Also, no player has had more touches of the ball in the opposition box this season and Salah has made that count by bringing others into play as well as finding the net himself.

According to Opta's expected goals model, Salah's expected assists for the season stands at 5.59, better than anyone else in the competition.

It is extraordinary to think that he could yet finish the campaign as the Premier League's top scorer and the player who has created the most chances for others, too.

The statistics also underline an upturn in Salah's physical performance. He made more high-intensity sprints than any other Liverpool player during the month of December and was also clocked at a top speed of 34.63km/h, faster than anyone else too.

The country's outstanding player of 2018 begins 2019 in great shape not only to continue his astonishing achievements so far but to build on them.

And huge credit to his manager for daring to change something that was far from broken in the ambitious belief that he could coax something extra and add even more to this team. It is working.