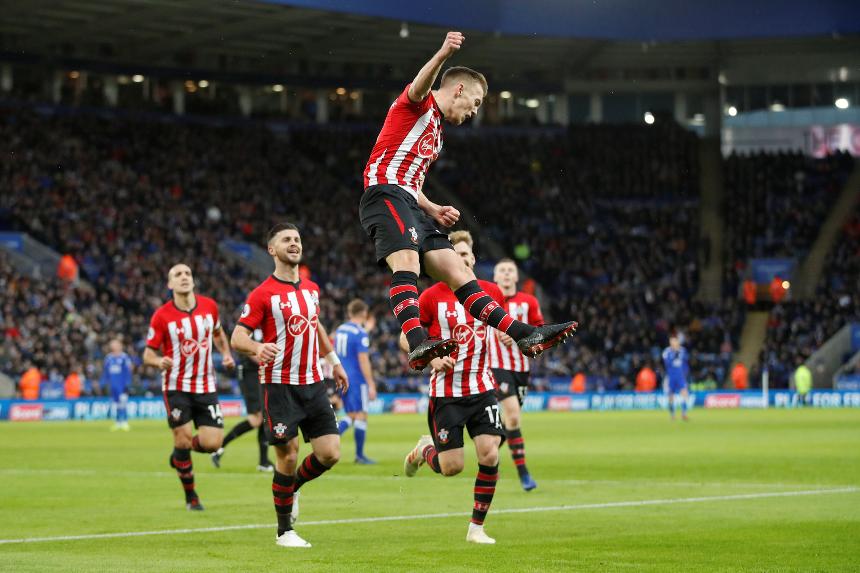 The visitors opened the scoring on 11 minutes when James Ward-Prowse converted a penalty after Nempalys Mendy had brought down Shane Long.

The Saints were reduced to 10 men when Yan Valery received a second yellow card on 45 minutes.

Yet Long was nonetheless able to double Southampton's lead before half-time, his right-footed effort curling past Kasper Schmeichel.

But Southampton held on to earn their fourth PL win and move up to 16th place with 19 points. Defeat drops Leicester to eighth on 31.