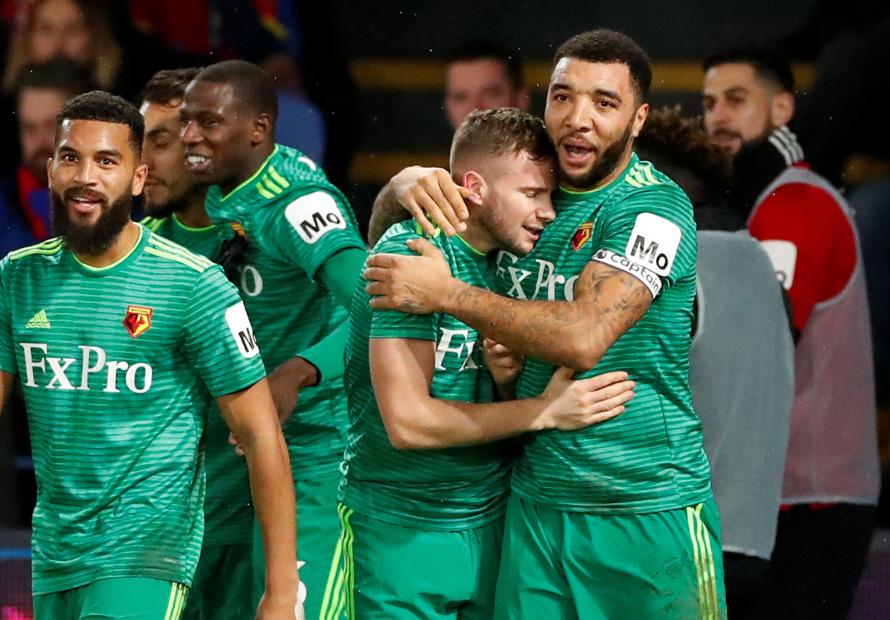 Craig Cathcart scored at both ends as Watford came from behind to beat Crystal Palace 2-1.

Roy Hodgson's side took the lead against the run of play in the 38th minute when Cathcart turned the ball into the back of his own net following a goalmouth scramble.

The visitors equalised midway through the second half, Cathcart making amends by levelling with a header from Jose Holebas's corner.

Substitute Tom Cleverley struck the winning goal seven minutes later with a wonderful volley for his first goal since October 2017.

The victory lifts Watford up to seventh place with 32 points. Palace remain 14th with 22 points, four points above the relegation places.