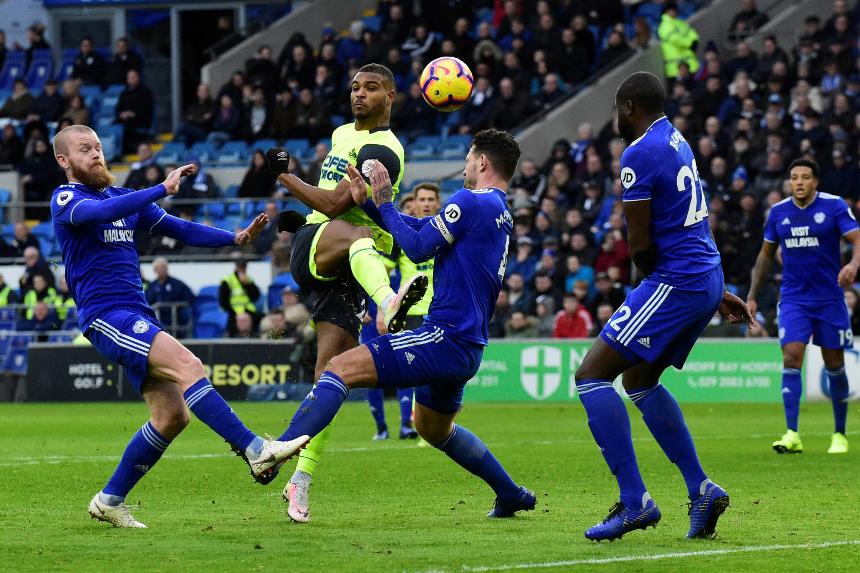 Huddersfield Town ended their eight-match losing run but were unable to claim a much-needed win as they drew 0-0 with Cardiff City.

The bottom-placed club had the better first-half chances, with Jason Puncheon firing wide eight minutes into his debut while Steve Mounie's shot was tipped over.

Cardiff's Sean Morrison almost got his first goal just before half-time from a corner but could not convert.

With 14 minutes left the Terriers thought they had a penalty when Lee Mason pointed to the spot after Florent Haderjonaj had gone down under Joe Bennett's challenge but the referee reversed his decision after consulting his assistant.

The point keeps Cardiff in 17th, above the relegation zone by a point. Huddersfield stay bottom with 11 points.