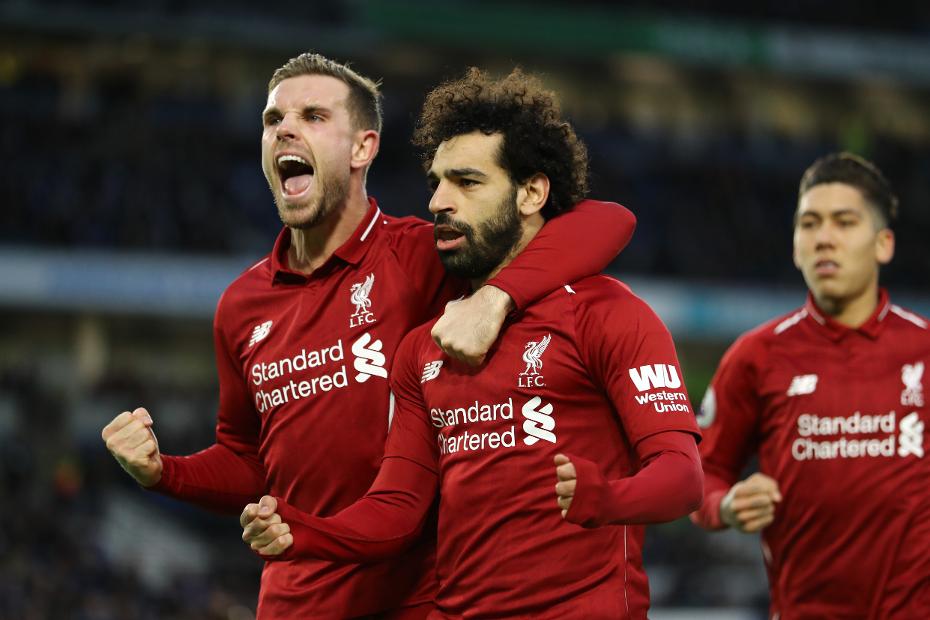 Liverpool dominated early possession and Xherdan Shaqiri glanced a header just wide in a first half of few chances.

Five minutes after the break, Pascal Gross fouled Salah in the penalty area, and the Egyptian scored his 14th PL goal of the season.

Gross had a chance to redeem himself but his shot was blocked by Fabinho, playing as a centre-back.

Jurgen Locadia’s powerful shot forced a smart save from Alisson on 68 minutes but Liverpool held on to get back on track after losing to Manchester City.

Brighton stay 13th on 26 points, while Liverpool have 57 points.