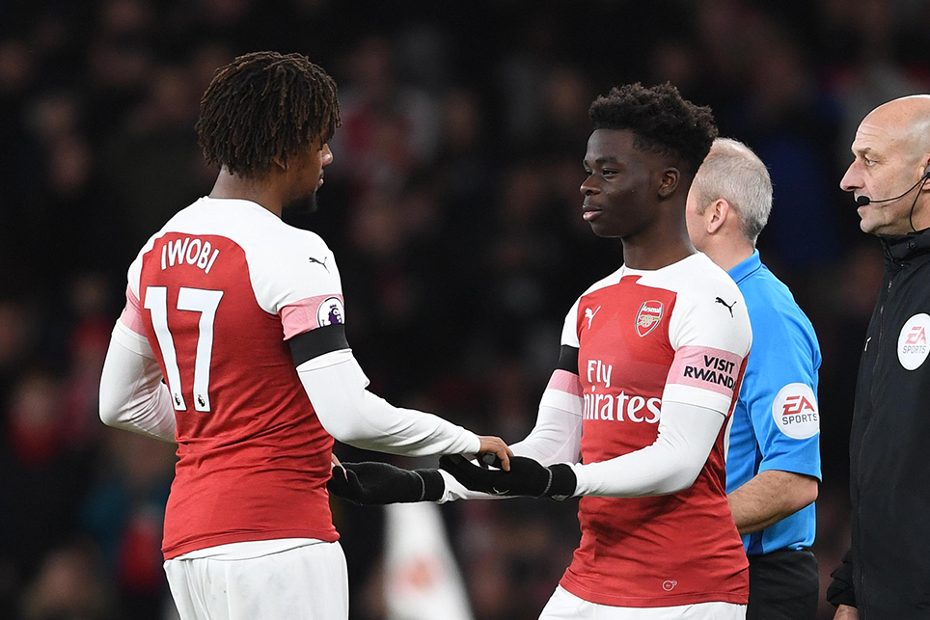 At just 17 years of age, Bukayo Saka made Premier League history when he came on for his debut in Arsenal's 4-1 win over Fulham on New Year's Day.

The winger replaced fellow Arsenal academy graduate Alex Iwobi with seven minutes left to play and in doing so, became the first player born in 2001 to play in the PL.

First players from year of birth to play in PL

"It's been a tough stage, a long stage, but through hard work and determination I managed to get here," Saka told the club's official website.

"I'm not stopping now. I just want to work hard with every chance I get."

His No 87 shirt was the highest number to appear in the Premier League.

🗣 "It's a great feeling to make my league debut at the Emirates... I just want more now."