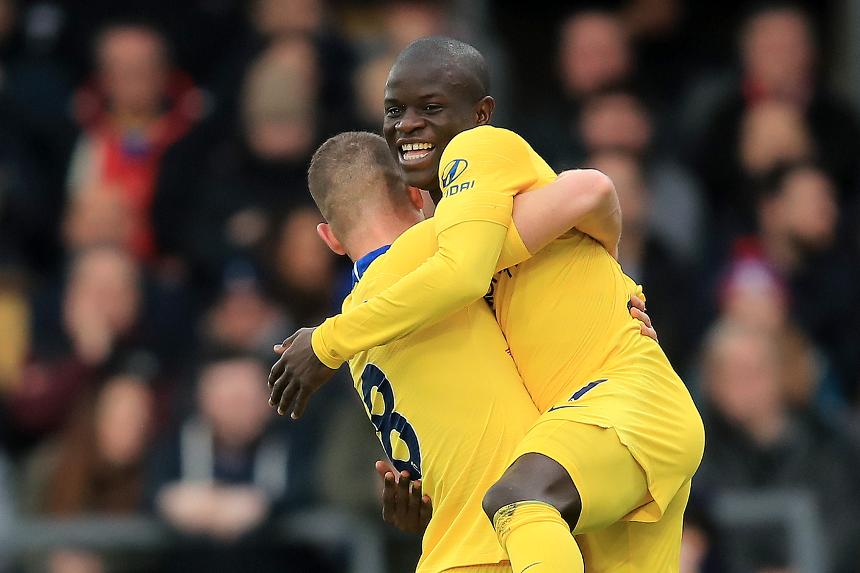 A second-half goal from N'Golo Kante was enough to give Chelsea a hard-fought 1-0 win at Crystal Palace.

Chelsea enjoyed plenty of possession in a first half lacking clear-cut chances but the visitors did come close to scoring when Willian struck the post from a free-kick.

On 51 minutes, Chelsea made the breakthrough. A ball over the top from David Luiz found Kante, who took it on his chest before firing past Vicente Guaita.

A clever flick from Eden Hazard found Willian but he was denied by Guaita who reacted well to save his low shot.

Olivier Giroud had a goal ruled out for offside for the second time in the match and then had to be substituted after injuring his ankle.

A second consecutive away victory means Chelsea remain fourth on 43 points but are now two behind Spurs and five clear of Arsenal. Defeat leaves Crystal Palace 14th on 19 points.