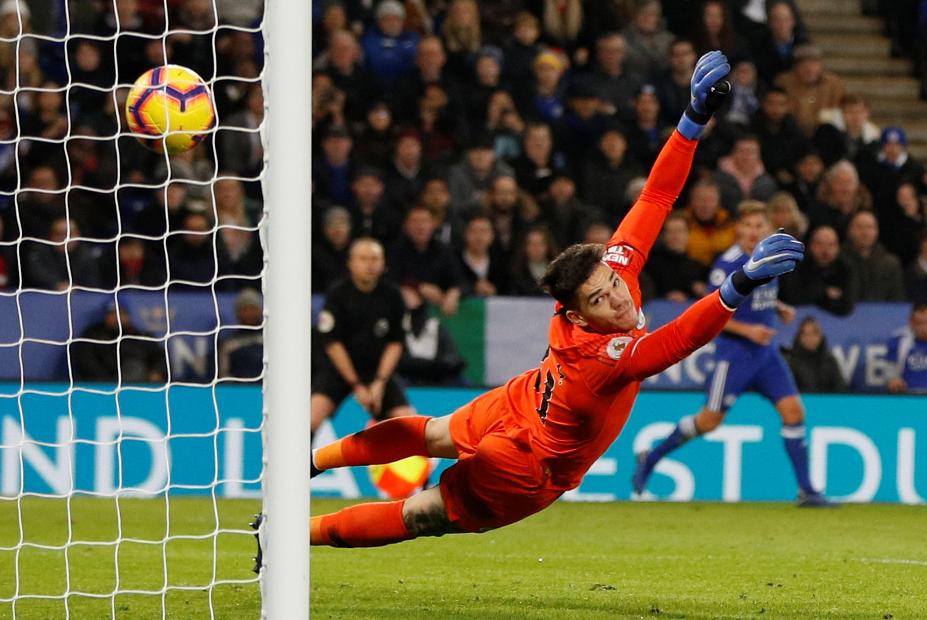 Ricardo: We've got to keep this going External Link

Manchester City lost ground in the race for the Premier League title after being beaten 2-1 at Leicester City thanks to a wonderful late winner by Ricardo Pereira.

The visitors opened the scoring on 14 minutes after Sergio Aguero played in Bernardo Silva to slot beyond Kasper Schmeichel.

Despite long spells of Man City pressure the home side clinched the three points, Ricardo rifling in an angled shot from 22 yards out.

City's disappointing day was compounded by Fabian Delph's dismissal for a dangerous 89th-minute challenge, as Leicester held on for the win.

A second consecutive defeat drops Man City to third on 44 points. Leicester are seventh on 28 points.