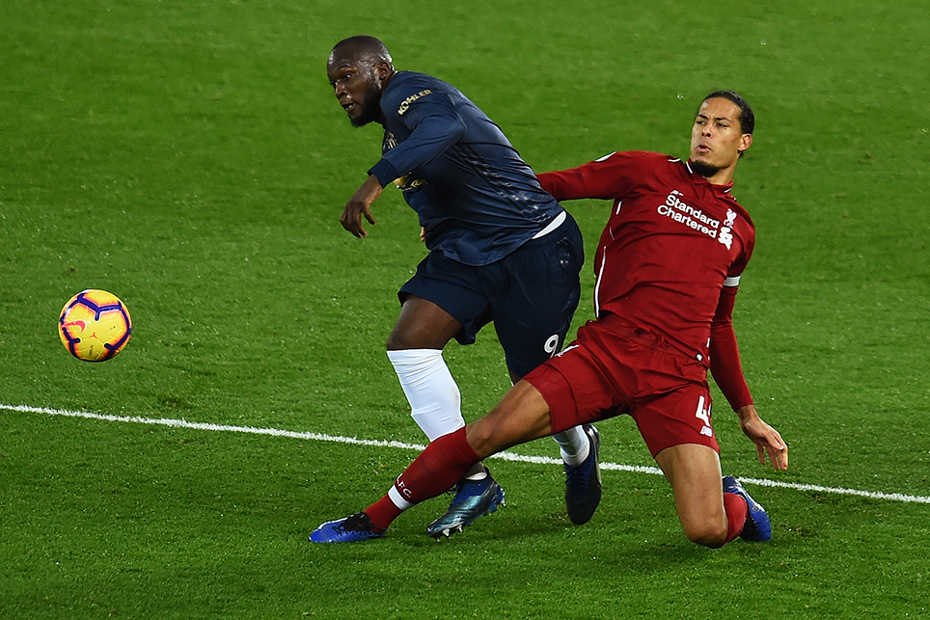 Giggs: Liverpool can take Man City all the way
Matchweek 17: What we learned

Van Dijk: We wanted to make it right against United External Link

Virgil van Dijk's dominant display at the back for Liverpool against Manchester United on Sunday impressed the Premier League's best-ever striker Alan Shearer.

The Dutchman "bullied" Romelu Lukaku in the 3-1 victory, according to Shearer, and earned a place in the Premier League Champions's Team of the Week.

What would you change? pic.twitter.com/oVhRjkAD1v

Vincente Guaita (CRY) | CRY 1-0 LEI
He made a brilliant save from Jamie Vardy and a kept a much-needed clean sheet. This was a superb Premier League debut.

Virgil van Dijk (LIV) | LIV 3-1 MUN
He absolutely bullied Lukaku and didn't give him a kick throughout the entire match.

Fabian Schar (NEW) | HUD 0-1 NEW
The Swiss centre-back was superb at the back for Newcastle United and ensured his side didn't concede.

Jose Holebas (WAT) | WAT 3-2 CAR
The Greek defender made an impact at both ends of the pitch for Watford, scoring a great goal and putting in a solid performance at full-back.

Fabinho (LIV) | LIV 3-1 MUN
He gave a commanding display in midfield in this huge fixture between two great rivals, setting the tone by playing an exquisite ball for Sadio Mane's opening goal.

Xherdan Shaqiri (LIV) | LIV 3-1 MUN
The summer signing is proving to be a fantastic addition to the Liverpool squad. He came off the bench to win the match with the ultimate super-sub performance.

Gabriel Jesus (MCI) | MCI 3-1 EVE
The 21-year-old made the difference with two excellent finishes and led the line superbly throughout.

Manager: Jurgen Klopp (LIV) | LIV 3-1 MUN
Klopp's men totally dominated. They had more energy, a better attitude, a greater understanding of the systems they were playing and simply battered Man Utd. They were by far the better team.