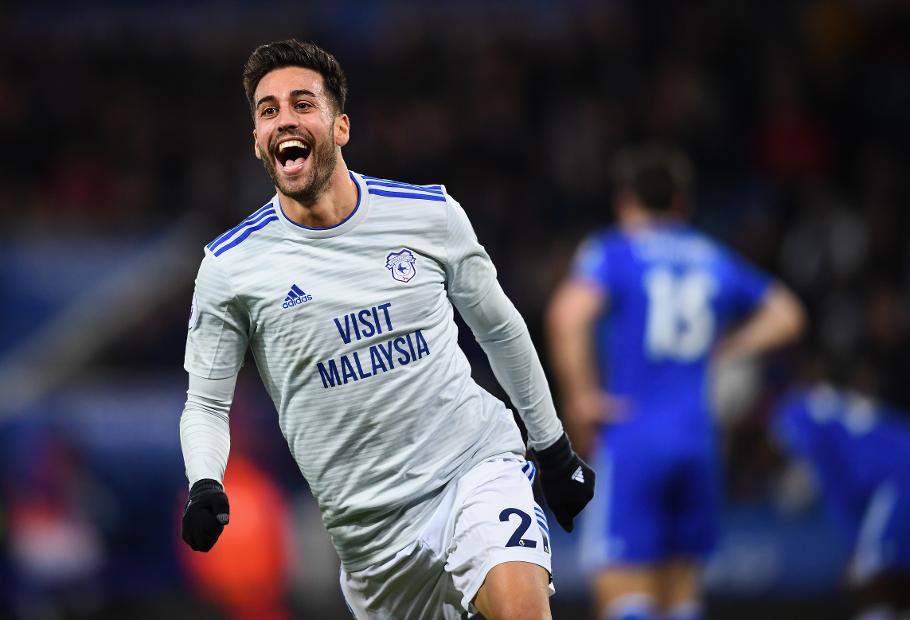 Victor Camarasa scored a superb stoppage-time goal as Cardiff City beat Leicester City 1-0 for their first away victory of the Premier League season.

The Spaniard curled the ball past Kasper Schmeichel and into the top corner to move Cardiff four points clear of the relegation zone.

Neil Etheridge, the Bluebirds goalkeeper, played a key role to set up the victory.

The Filipino was forced into a number of first-half saves, the pick of which came from a James Maddison free-kick on 29 minutes.

But he bettered even that after Maddison was fouled in the penalty area on 75 minutes.

Etheridge produced his third penalty save of the season to keep out the midfielder's spot-kick and provide a platform for the late winner.

The victory moves Cardiff up to 16th place with 18 points, while Leicester drop to eighth place on eight.