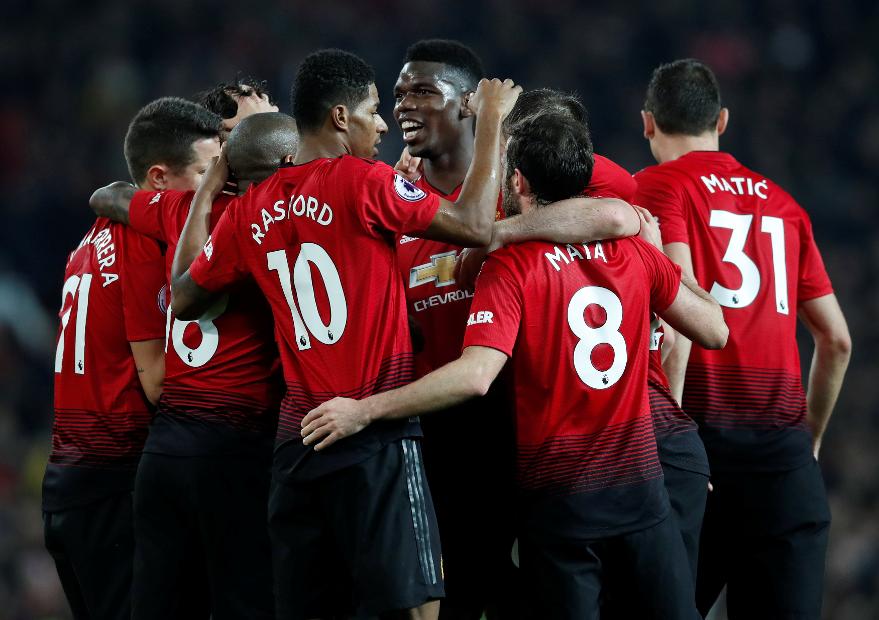 Ole Gunnar Solskjaer made it two wins from two as Manchester United's caretaker manager, with Paul Pogba scoring twice in a 3-1 win over Huddersfield Town.

Terence Kongolo sent a golden early chance over for the visitors at Old Trafford before Nemanja Matic opened the scoring with a 28th-minute tap-in from a corner.

David De Gea had to save from Laurent Depoitre early in the second half but, on 64 minutes, substitute Ander Herrera found Pogba, who finished from 20 yards.

The Frenchman added a nonchalant 25-yarder with 12 minutes left to secure the points, before Zanka’s late consolation goal.

United stay sixth, on 32 points, while Huddersfield drop to 20th on 10 points.