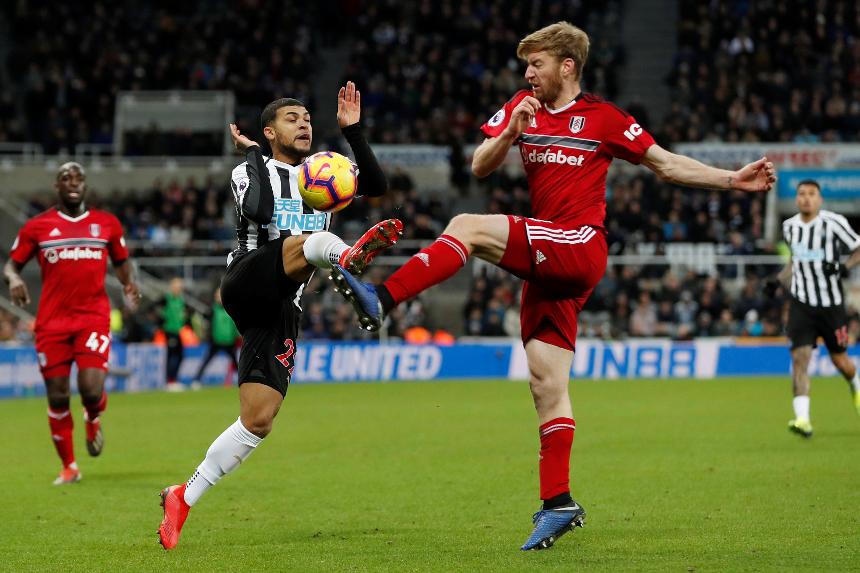 Fulham claimed a first clean sheet of the season as they held Newcastle United to a goalless draw at St James' Park.

In a match of few chances, Newcastle had to wait until the 36th minute for their first, as Ki Sung-yueng dragged his shot from distance wide.

Matt Ritchie had appeals for a penalty waved away as the hosts struggled to create an opening.

Fulham had two late chances to snatch a win, both denied by Jamaal Lascelles.

Aleksandar Mitrovic, on his return to his former club, had a great opportunity blocked by the Newcastle captain, who then denied Aboubakar Kamara as the substitute shaped to shoot.

Newcastle drop to 15th with 17 points, while Fulham remain bottom on 10 points, but moved closer to Huddersfield Town and Burnley immediately above them.