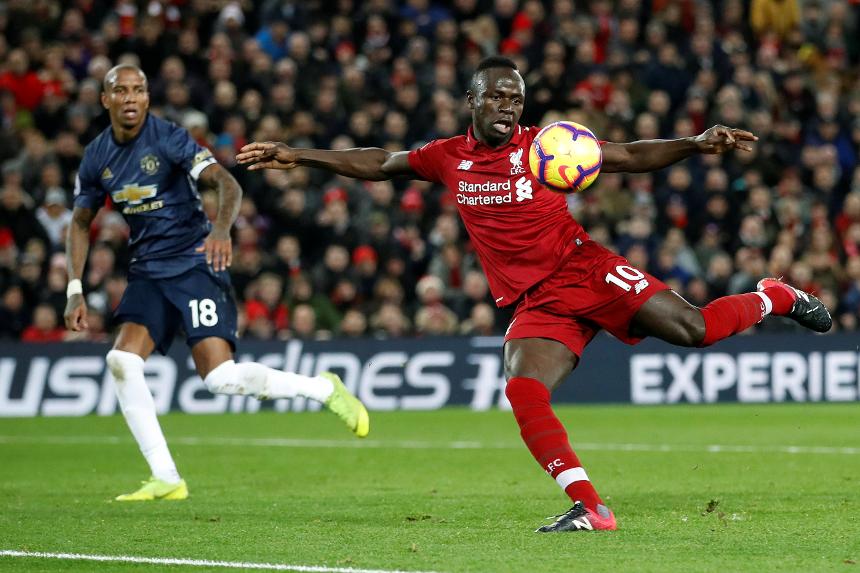 After watching his side return to the top of the Premier League with a 3-1 victory over Manchester United, manager Jurgen Klopp described the display as “one of the best performances" since he came to Liverpool.

Sadio Mane gave the Merseysiders the lead but, despite their early dominance, Liverpool were pegged back by Jesse Lingard’s goal on the counter-attack.

But Xherdan Shaqiri came off the bench to score twice late on to give Liverpool their first win over Man Utd in nine attempts.

Victory restored their one-point lead over Manchester City and extended their unbeaten start to the season to a club-record 17 PL matches.

The hosts' dominance was reflected by their total of 36 shots, the most Man Utd have faced in a PL match since Opta started recording such data in 2003/04, compared to six for the visitors.

"The brilliant start was one of the best performances we had since I’m in Liverpool, to be honest, not only this season," Klopp told Liverpool’s official website. "The first half an hour was outstanding, outstanding.

"How we played was just perfect, really. We tried to pass in the right areas, we accelerated, we wanted the ball back, we played in behind the line, stuff like that. It was a nearly perfect night for us."