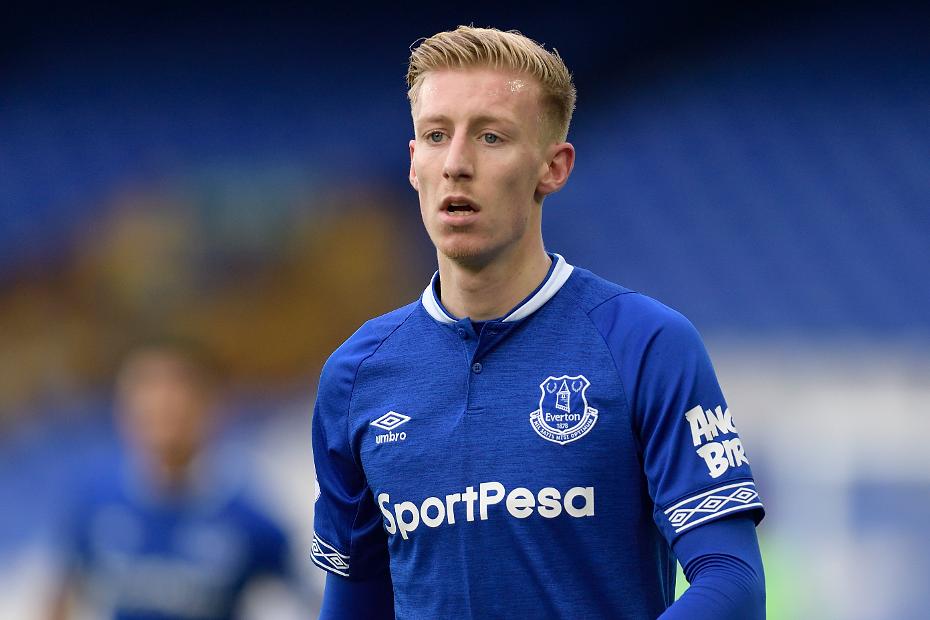 Everton moved to the Division 1 summit after winning their top-of-the-table encounter with Derby County 1-0  at Finch Farm.

Derby came into the match as leaders but suffered their second straight loss as a result of Harry Charsley’s second-half strike.

There was little to choose between the two sides in the first half but Everton improved after the interval as visiting goalkeeper Josh Barnes was called upon to deny Ellis Simms and Josh Bowler.

The Blues struck on 72 minutes when Tyias Browning set up Charsley (pictured) to beat Barnes from 16 yards.

Charsley almost scored again when he fired narrowly wide seven minutes later, but his one goal was sufficient for the Merseysiders to leapfrog Derby and go top with 25 points, two clear of the Rams.