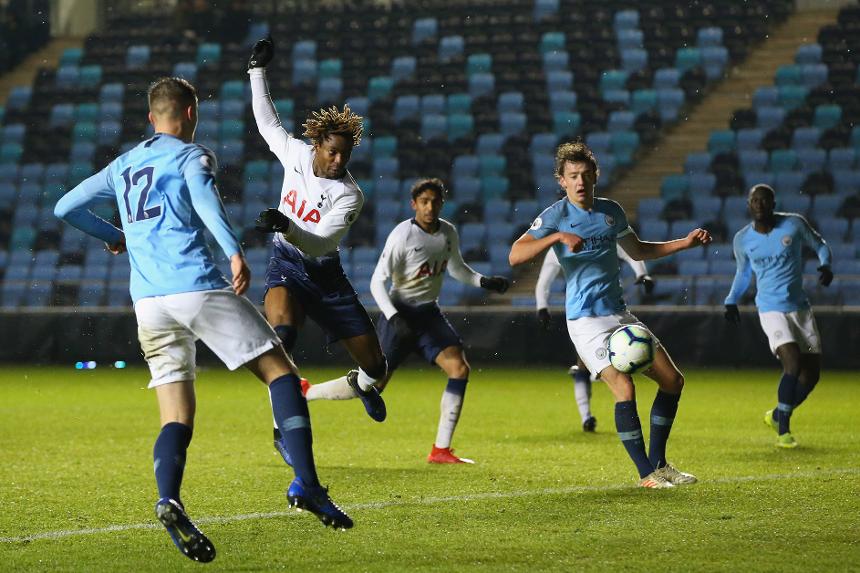 City opened the scoring on 13 minutes through 18-year-old Taylor Richards.

But the hosts were reduced to 10 men when Ian Carlo Poveda-Ocampo received a red card after a tangle with George Marsh.

Spurs took advantage as Sterling (pictured above) equalised from a rebound in the 44th minute.

The 20-year-old scored the winner from Marsh's cross with nine minutes left.

City missed the chance to go level on points with leaders Derby County, dropping to fifth on 20 points.

Spurs are ninth with 16 points.