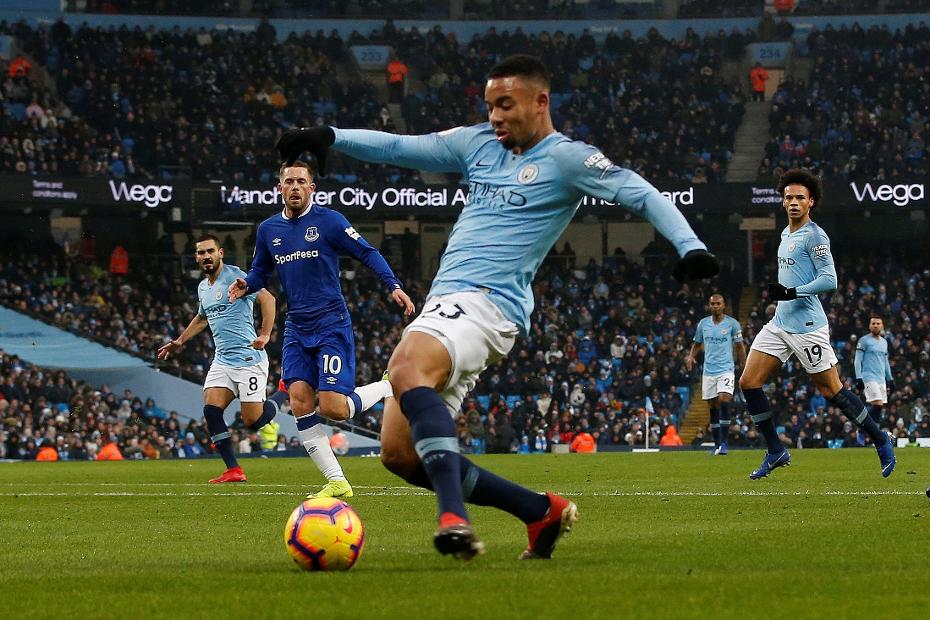 Gabriel Jesus scored twice as Manchester City beat Everton 3-1 to go above Liverpool at the top of the table.

Everton went close to taking the lead at the Etihad Stadium when Richarlison volleyed over Lucas Digne's cross.

But Jesus opened the scoring on 22 minutes when he took Leroy Sane's pass and finished past Jordan Pickford.

Sane’s cross was met by the head of Jesus for the Brazilian's first PL double since October 2017.

Everton pulled one back in the 65th minute when Dominic Calvert-Lewin headed in Digne’s cross.

City have 44 points, two clear of Liverpool, who host Manchester United on Sunday.

Everton are eighth on 24 points.