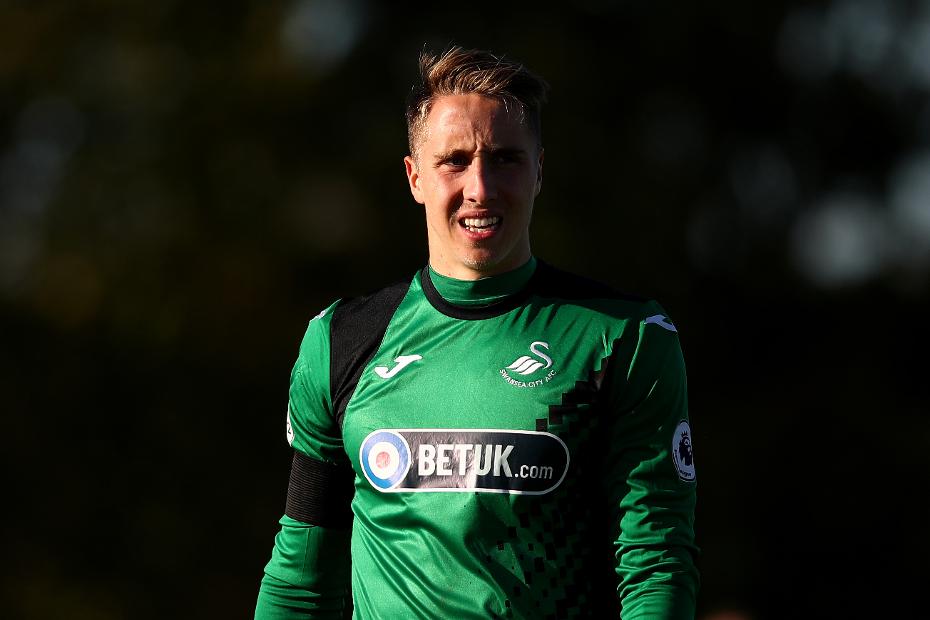 Steven Benda produced a superb last-minute penalty save to earn a 1-1 draw for Swansea City at home to Liverpool.

In the seventh minute of stoppage time, Benda tipped Pedro Chirivella's penalty around the post for the last action of the match.

Liverpool had opened the scoring on 65 minutes through Chirivella.

The home side were reduced to 10 men after captain Adnan Maric was shown a straight red card in the 87th minute.

But they scored an equaliser in the second minute of stoppage time when Liam Cullen volleyed in.

Swansea remain bottom of Division 1 with eight points, while Liverpool are seventh on 19 points.