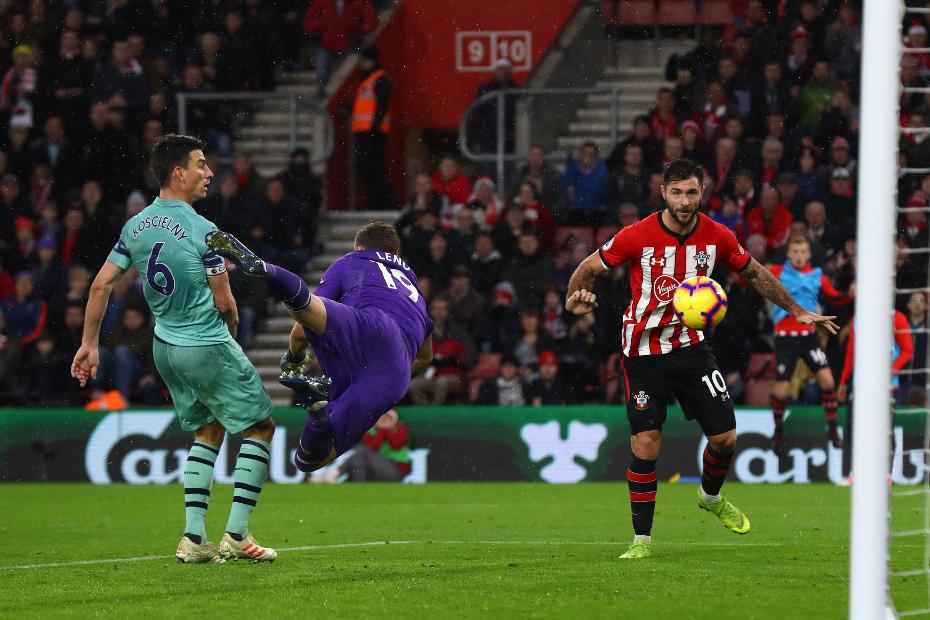 Southampton were back ahead just before half-time with Ings rising above the Arsenal defence to loop a header into the top corner.

Substitute Alexandre Lacazette's backheel teed up Mkhitaryan to fire in a deflected shot off Jannik Vestergaard on 53 minutes.

But Saints had the final say, Austin heading in with five minutes to go to halt Arsenal's 14-match unbeaten run in the Premier League.

Southampton are on 12 points and move out of the bottom three on goal difference while Arsenal stay fifth, three points behind Chelsea.