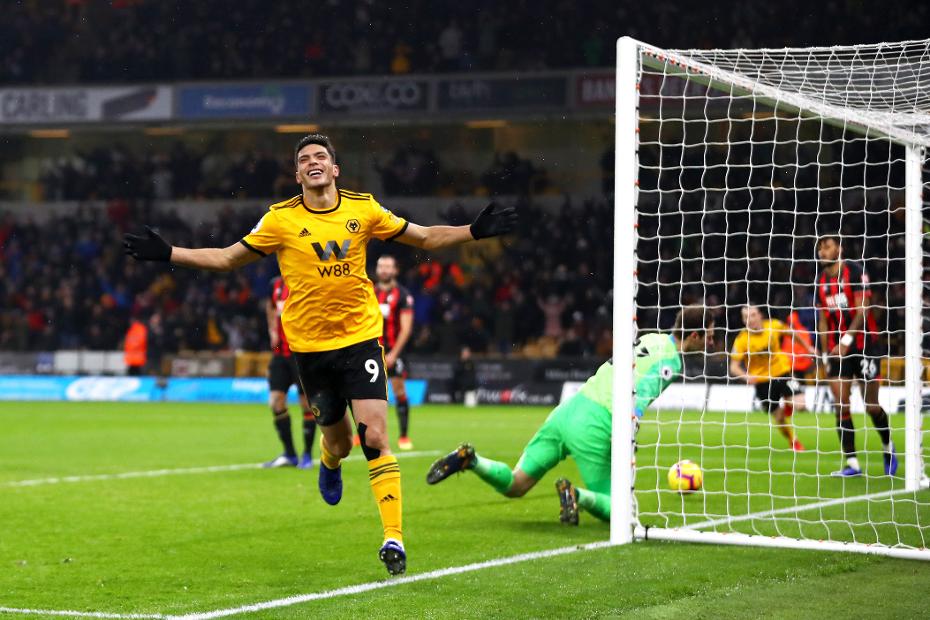 An early strike by Raul Jimenez and a late second from Ivan Cavaleiro sealed a 2-0 victory for Wolverhampton Wanderers over AFC Bournemouth at Molineux.

Jimenez slotted in the opener after Diogo Jota's shot deflected into his path on 12 minutes.

After the break, Junior Stanislas hit the bar with a free-kick for AFC Bournemouth, who lost Tyrone Mings through injury.

Wolves move up to seventh on 25 points, while a sixth defeat in seven drops AFC Bournemouth to 11th on 23 points.