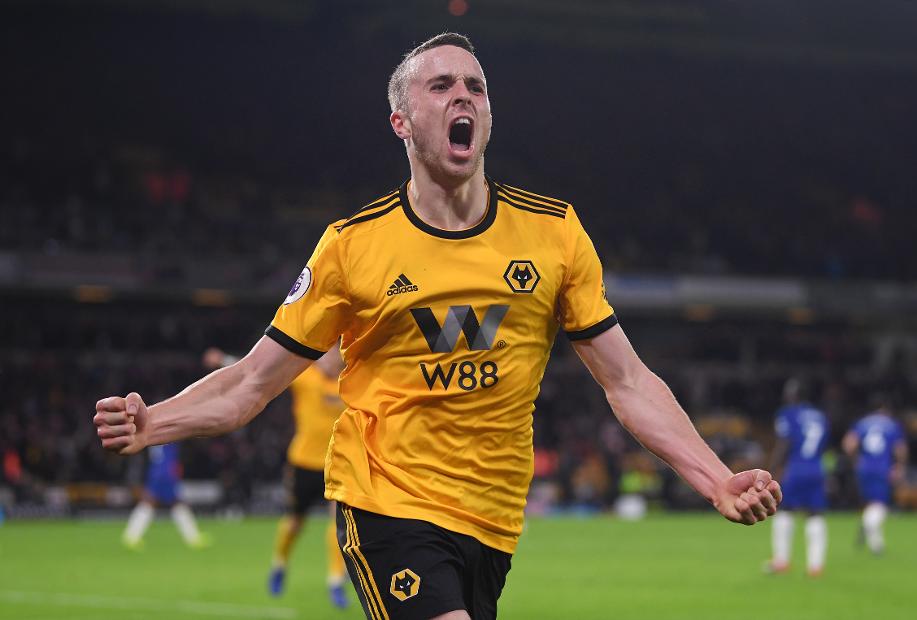 Wolverhampton Wanderers came from behind to earn a 2-1 victory against Chelsea at Molineux.

Chelsea opened the scoring on 18 minutes when an effort from Ruben Loftus-Cheek, making his first Premier League start of the season, deflected in off the head of Conor Coady.

Wolves were level on 59 minutes when a through-ball from Morgan Gibbs-White, on his first PL start, found Raul Jimenez, who drilled a powerful shot between the legs of Kepa Arrizabalaga.

Four minutes later, Wolves were ahead. Joao Moutinho played in Matt Doherty, who slid the ball across goal to leave Diogo Jota with a simple finish.

A first victory since October puts Wolves in 12th with 19 points, while Chelsea drop to fourth on 31 points.