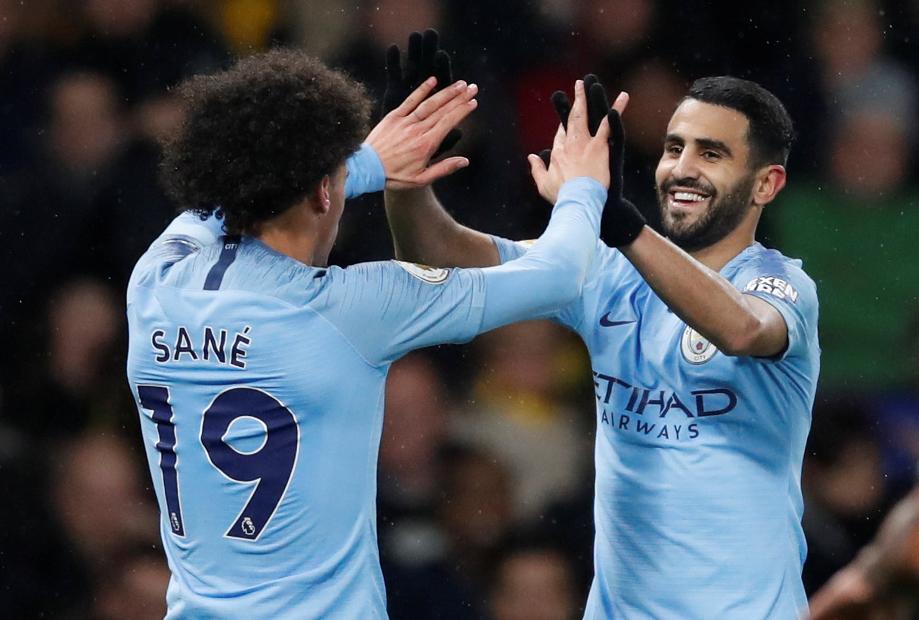 Manchester City established a five-point lead over Liverpool at the top of the Premier League as goals by Leroy Sane and Riyad Mahrez secured a 2-1 win at Watford.

Ben Foster kept Watford in the match midway through the first half with a brilliant triple save from Mahrez, twice, and David Silva.

But the leaders made the breakthrough in the 40th minute when Sane chested Mahrez's inviting cross past Foster.

Abdoulaye Doucoure gave Watford hope when he scrambled the ball in at the third attempt late on, but the champions withstood late pressure to claim a 14th consecutive PL away win.