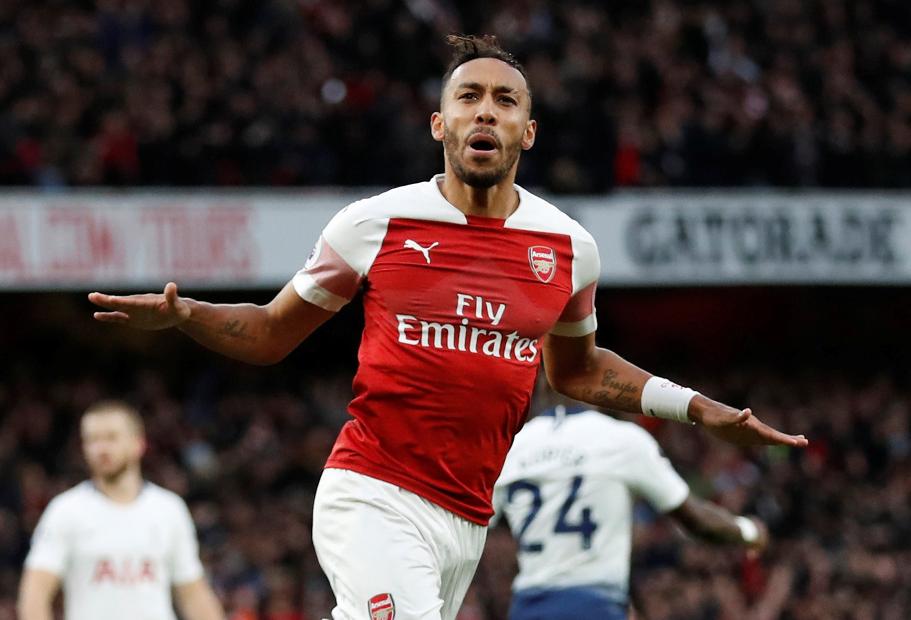 ‘The fans gave us power and we felt strong’ External Link

Jan Vertonghen conceded a penalty with a handball to enable Aubameyang to slot in the opener on 10 minutes.

After the break, Aubameyang brilliantly swept in a long-range equaliser, taking his tally to 10 PL goals this season.

Substitute Alexandre Lacazette put Arsenal ahead with a deflected effort on 74 minutes, and that was swiftly followed by Lucas Torreira’s drive from an acute angle to make it 4-2, his first goal for the club.

Vertonghen was sent off late on as Unai Emery’s side move above Spurs on goal difference to fourth on 30 points.