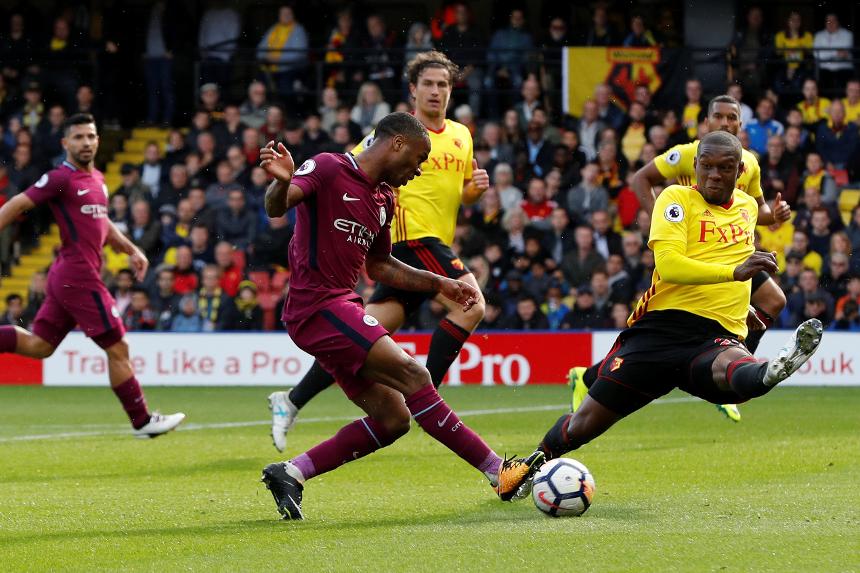 Unbeaten leaders Manchester City are targeting a seventh straight Premier League victory as they visit Watford, who are looking for a first win in five fixtures.

Only Adalberto Penaranda (foot) is out for Watford.

Watford are winless in their eight PL meetings with Man City and have lost the last six in a row.

However, the Hornets have beaten the reigning champions at home in each of the last two PL campaigns, beating Leicester City 2-1 in 2016/17 and Chelsea 4-1 last term.

Man City have won their last two away league matches against Watford 5-0 and 6-0. The only team to score five or more goals in three consecutive top-flight away fixtures against the same opponent is West Bromwich Albion, against Birmingham City between December 1957 and April 1960.

Sergio Aguero has scored 10 goals in six matches against Watford in all competitions, including a hat-trick in this fixture last term.