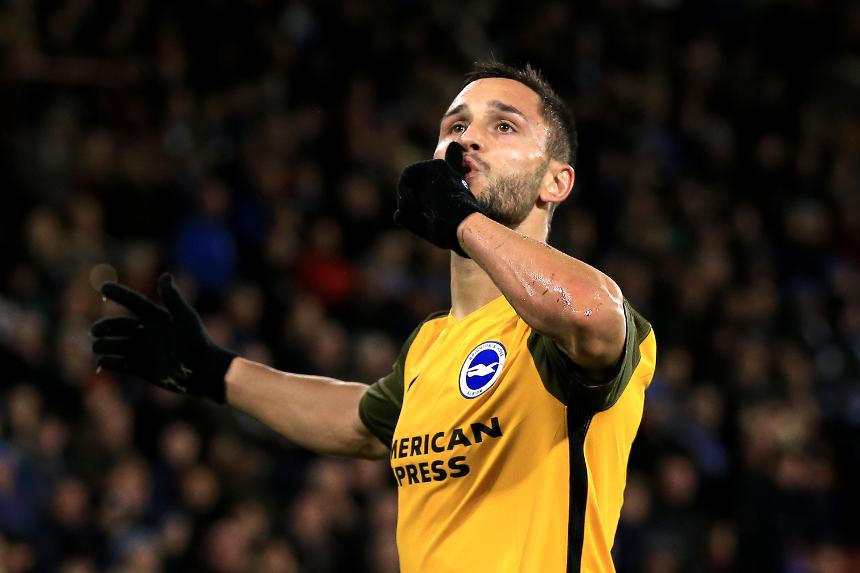 The Terriers opened the scoring after 55 seconds when Zanka headed in from Bruno's misguided attempted clearance back into his own penalty area.

On 32 minutes, Huddersfield were reduced to 10 men when Steven Mounie was dismissed for serious foul play.

Brighton completed their comeback when Florin Andone marked his first PL start with a goal, meeting March's cross to head in the winner.