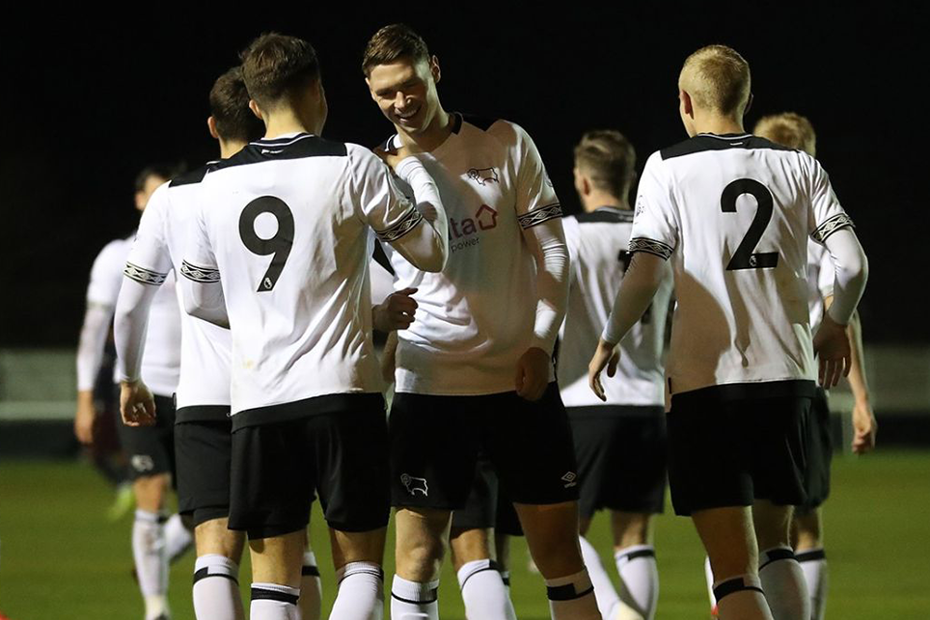 Derby County moved to the top of Premier League 2 Division 1 after a comprehensive 5-0 victory over nine-man Arsenal.

George Thorne's penalty opened the scoring on 25 minutes at Loughborough University before Cameron Cresswell doubled the lead with a shot into the roof of the net just after half-time.

Thorne and Arsenal's Jordi Osei-Tutu were then sent off after an altercation and Arsenal went down to nine men just after the hour when Danny Ballard was also dismissed.

Jason Knight made the score 3-0 with a strike into the top corner and Derby's fifth straight PL2 win was sealed with two close-range goals from Louie Sibley.

Derby are two points clear of Everton while Arsenal, for whom Laurent Koscielny appeared in the first half, are seven points back in sixth.