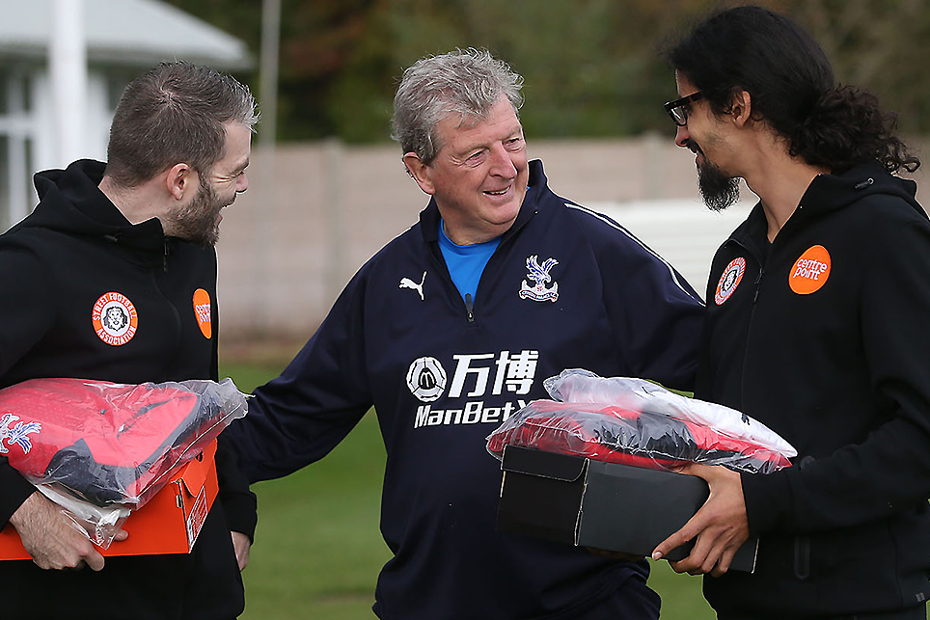 Ahead of their trip to Mexico for this week's Homeless World Cup, two young men visited Crystal Palace recently for some last-minute support, as well as to share how they turned their lives round thanks to Crisis.

One was Raph, who moved to London from France when he was 20. His hopes and ambitions were hit when he was evicted from his flat in Brick Lane, east London, and he had to live on the streets.

"I was a bit clueless about life," he says. "I learned the hard way; I made some mistakes, I met the wrong people."

'It pushed me to change'

He started staying in a hostel but found it difficult to call it home.

"There were 150 men and there were people using hard drugs," he says. "People died in there. I learnt from the mistake; it pushed me to change.

"I got a job for the first time ever, I worked in McDonald's for two years and then I also worked as a restaurant manager, all the while living in the hostel.

"I had a normal job, a normal girlfriend, but then, at the end of the day, I'd come back to a not-normal home."

Raph started to turn his life around with the help of national homeless charity Crisis and playing the game he loved.

"It's like a big family playing together. You forget all your problems."

This year has seen a lot of changes for Raph.

He is now in a Housing Association flat and this week is competing in the 16th running of the Homeless World Cup.

Palace welcomed Raph and England team-mate Scott to their training ground as part of the club's partnership with Crisis.

Raph and Scott watched the first team train before getting tips from players such as Mamadou Sakho and receiving a new pair of football boots for the tournament.

"It's inspiring watching them practice," says Raph. "It gives us willpower and good energy for the future.

"Mamadou Sakho gave me some good advice. [He said], 'Stay composed when you go away for the tournament.'

More than a thousand people slept rough in the five London boroughs that surround Palace last year and Raph is grateful to the help of Crisis that he is no longer one.