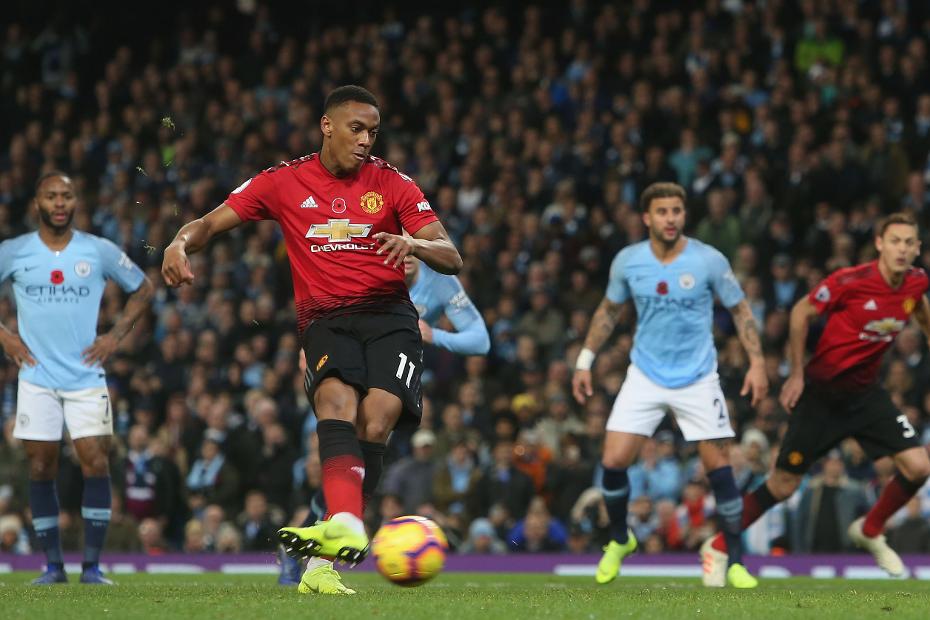 Mata: This break is our time to analyse External Link

The prolific sequence of goals by Anthony Martial (£7.6m) continues to demand the attention of Fantasy Premier League managers.

The Manchester United midfielder scored for the fifth successive Gameweek in Sunday’s derby and that form has made a huge impact in the FPL transfer market.

And he is the top target for Gameweek 13, brought in by more than 84,000 for the home encounter with Crystal Palace.

Martial’s turnaround as a prospect in FPL has been eye-catching.

Since securing a role on the teamsheet in Gameweek 7, he has produced six goals, an assist and 54 FPL points in six appearances.

This was after just four points over the first six Gameweeks.

His recent impact has helped Martial to average 6.4 points per match (ppm).

That ranks third among FPL midfielders, placing him between the premium pair of Eden Hazard (£11.3m) and Mohamed Salah (£13.0m), who have 7.5 ppm and 6.3 ppm respectively.

No midfielder has bettered his total of nine shots on target over the last six Gameweeks.

The Frenchman also has a benign schedule to look forward to.

Jose Mourinho’s side have three home matches in the next four Gameweeks, two of which are rated 2 in the Fixture Difficulty Ranking (FDR).

That hands Martial the platform to extend his recent run, offering FPL managers a major source of points from midfield.