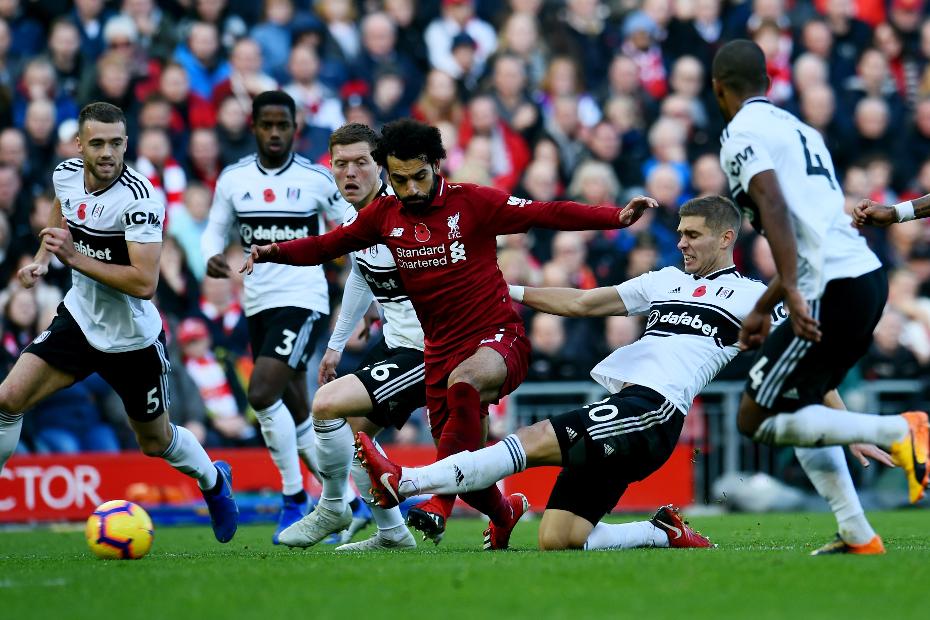 Scholes: Man City can be the next 'Invincibles'

Klopp: We worked hard and we won - all good External Link

From Sunday's win over Fulham giving Liverpool a record start, to Wolverhampton Wanderers going into uncharted territory at Arsenal, see the need-to-know facts from the weekend's matches.

For more statistics on each match, click on the results below.

This became the 100th different fixture to have been played in all four top divisions of English football.

Alex Pritchard is the first Huddersfield Town player to score a PL goal at home in 726 minutes of action, since Tom Ince against Watford in April.

Leicester mustered 22 shots in the match, the most they have attempted in a PL fixture without scoring since they returned to the top flight in 2014/15.

Newcastle have won their first consecutive Premier League matches since April, when they won four in a row.

Watford's Jose Holebas, with two goals and four assists, is the defender directly involved in the most Premier League goals this season.

Spurs have won 12 Premier League away matches in 2018, the most in the division.

Liverpool's total of 30 points from their opening 12 Premier League matches is their joint-best, level with 2002/03.

Chelsea are unbeaten after their opening 12 matches for only the second time, also doing so in 2014/15 when they won the title.

Ivan Cavaleiro's goal gave Wolves their first-ever lead in the Premier League against Arsenal, at the ninth attempt.

Ilkay Gundogan's goal came after a 44-pass move, the most for a Premier League goal since the 45 passes before Juan Mata scored for Man Utd v Southampton in September 2015.