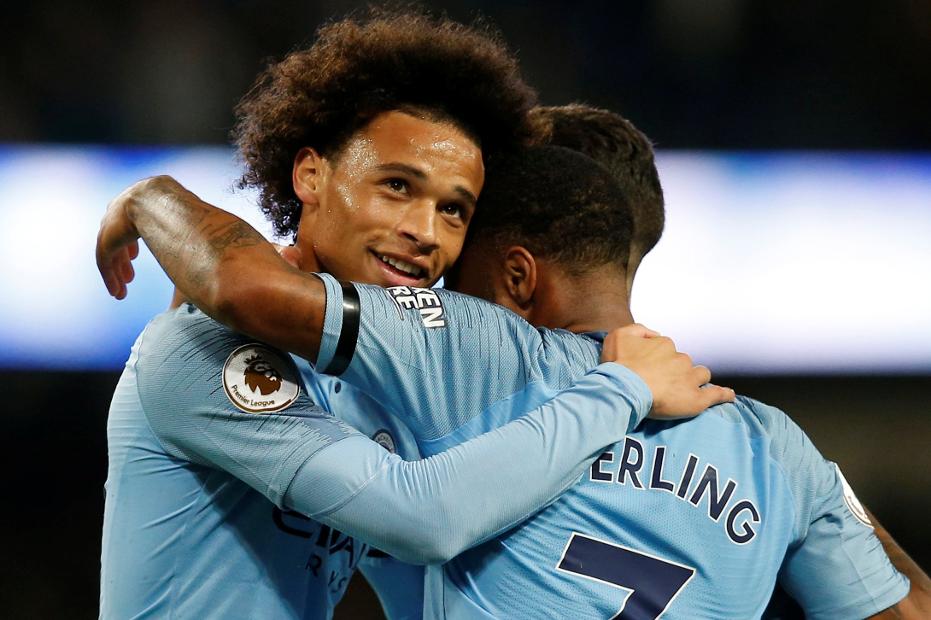 The most-owned player in FPL, Sergio Aguero (£11.4m), scored one goal and set up two more in the 6-1 win over Southampton.

The winger scored and assisted twice to record 21 points, the highest individual score of the season.

The trio take their place in an ultra-attacking 4-3-3 formation that delivered a superb 142 points overall.

A 1-0 win at Cardiff City was built on the defensive resilience of the  Leicester City 'keeper. Schmeichel kept a first clean sheet in four Gameweeks and was also awarded two bonus points.

Schmeichel's team-mate produced a second assist in three matches. Maximum bonus points helped him to a first double-digit haul of the campaign.

The centre-half was credited with the assist for Huddersfield Town's first goal at home since 14 April. He also benefited from a clean sheet in the 1-0 win over Fulham.

A Fantasy favourite over the years, Coleman's first goal of the season helped Everton to a 3-1 victory over Brighton & Hove Albion.

The City winger's hefty price tag has meant only 7.7 per cent of managers enjoyed his latest stellar return. Sterling has started nine league matches this season and has scored or assisted in seven of them.

Two goals against Brighton confirmed the Brazilian is back to his best. The midfielder has three goals and one assist over the last four Gameweeks playing up front for Everton.

The German has started just five matches this season, but has provided attacking returns in all of them. He has three goals and five assists, despite playing only 474 minutes.

The West Ham United midfielder scored twice in the 4-2 win over Burnley. Anderson is starting to attract interest in Fantasy ahead of a very favourable schedule for the Hammers.

Two goals and maximum bonus points took the Chelsea forward to his first double-figure score of the season. He has produced attacking returns in three of the last four Gameweeks.

The most-captained player of the Gameweek rewarded that faith with an all-action display. Aguero has started every league match this season, but Sunday's fixture was only the third time he's completed 90 minutes.

A goal, an assist and the full bonus award helped the Wolverhampton Wanderers striker deliver his best return of the campaign. He stands joint-sixth among forwards, level with the in-demand Marko Arnautovic (£7.1m) on 50 points.