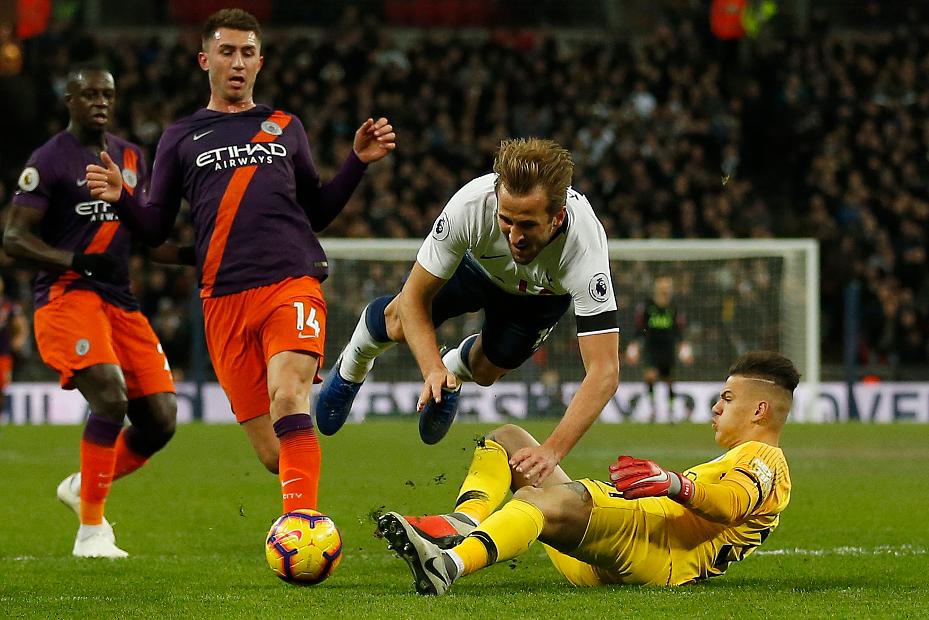 MW10 stats: Six in a row for clean-sheet king Ederson

After becoming the first team to score 100 goals in a Premier League season in 2017/18, Manchester City are now on course to set a defensive record held by Chelsea for 13 years.

The champions' 1-0 win at Tottenham Hotspur on Monday was their sixth league clean sheet in a row and means that they have conceded only three goals in their opening 11 matches of 2018/19.

Only the Chelsea team of 2004/05 have let in fewer goals at this stage of the season, conceding only two.

Jose Mourinho's Blues were unable to maintain this level of defence throughout the entire season and conceded 15 goals in total, with seven coming in the last 11 matches.

If City were to maintain their present level of defensive rigour, and they have visited three of the four sides immediately below them without conceding, they would beat Chelsea's record easily, with a total of about 12.

A deeper look at their defensive statistics show the high levels of difficulty opponents face to score against them.

Pep Guardiola's side rank best in the division for shots faced, only 59 from 10 matches, and for shots on target faced, with 17.

The former is significantly lower than the Chelsea of 2004/05, who had faced 96 shots by the same stage, even if the number on target was lower, at 14.

Neither have City been helped much by poor finishing from opponents. Their expected goal-conceded ratio is only 4.7, against the actual number of three.

Meanest defences so far this season

* Liverpool have played 11 PL matches, one more than Man City and Chelsea.

Not far behind City in the defensive rankings are Liverpool.

Callum Paterson's goal for Cardiff City at Anfield last weekend was the first the Reds had conceded at Anfield this season, while Alexandre Lacazette's late equaliser for Arsenal on Saturday was only the fifth shipped by Jurgen Klopp's team after 11 matches played.

This ratio of goals conceded, if maintained across their remaining 27 matches, means Liverpool would fall short of Chelsea's record.

Having let in 0.45 goals per match so far, over 38 games, they would concede just over 17 goals this season.