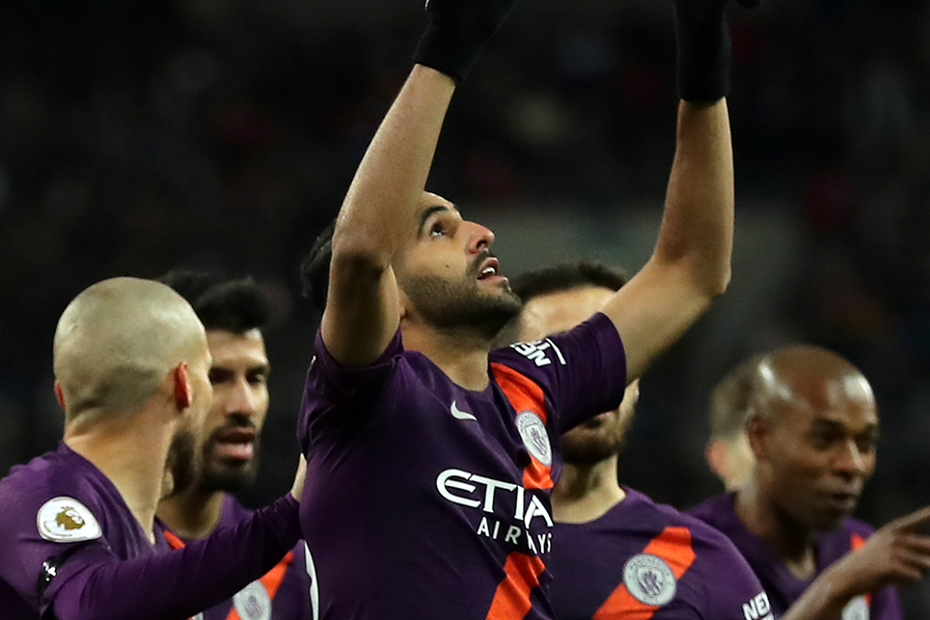 Riyad Mahrez got the only goal as unbeaten Manchester City returned to the top of the Premier League with victory at Tottenham Hotspur.

The winger, who signed from Leicester City in the summer, converted Raheem Sterling's centre in the sixth minute and dedicated his goal to Foxes owner Vichai Srivaddhanaprabha, who died in a helicopter crash on Saturday evening.

Harry Kane had the best chances for Spurs in the opening period but his shot went just over while City goalkeeper Ederson produced a fine tackle to deny him when he was through on goal.

Hugo Lloris twice denied Sergio Aguero a 150th PL goal after the break before Spurs almost snatched a point with 10 minutes left. But Erik Lamela fired over with only Ederson to beat having been played in by the returning Dele Alli.

City's sixth win from their last seven matches gives them 26 points, above Liverpool on goal difference.

Spurs remain fifth on 21 points, one behind Arsenal.