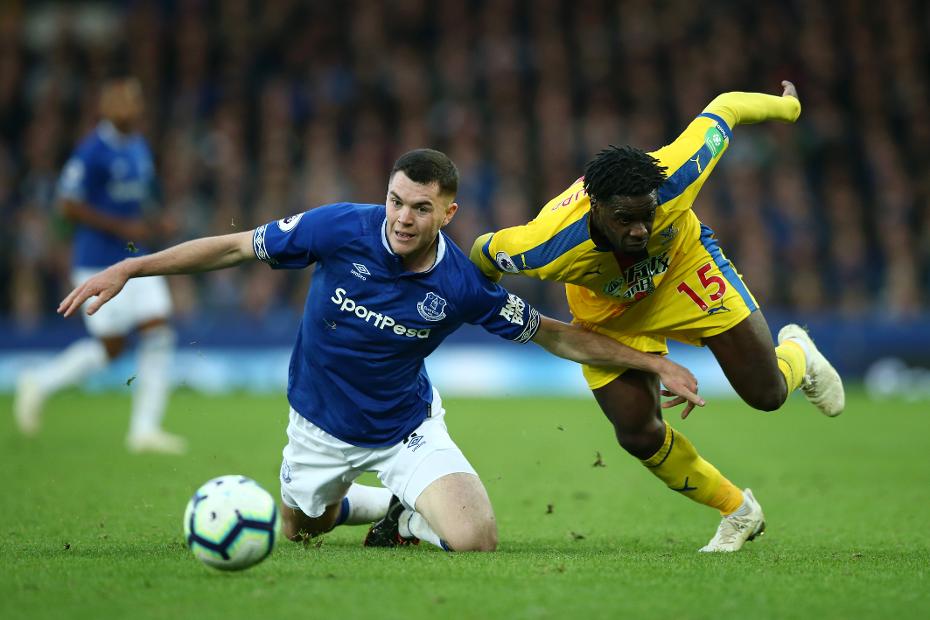 Rooney: I knew I was Everton's best player at 16
Matchweek 9: What we learned
Everton late show sinks Crystal Palace

Everton have won plaudits for the exciting attacking displays this season but it is the performance of a player at the heart of their defence that caught the eye of Alan Shearer this weekend.

Michael Keane helped his side secure a clean sheet against Crystal Palace on Sunday and also provided an assist for Cenk Tosun’s goal, as the Toffees earned a 2-0 victory.

And Shearer, who included Keane in his Matchweek 10 team of the week, believes the 25-year-old is forging a great understanding with his fellow centre-back Kurt Zouma at Goodison Park.

“Keane was very impressive against Crystal Palace," said Shearer. “He was instrumental in his side getting clean sheet and is beginning to form an excellent partnership with Zouma.”

Like all the best goalkeepers, Lloris came to his side’s rescue when called upon to do so. He made three very good saves.

This was an awesome display from the Gunners full-back, who provided two assists, and attacked relentlessly throughout.

Keane was very impressive against Crystal Palace. He was instrumental in his side getting clean sheet and is beginning to form an excellent partnership with Kurt Zouma.

The Belgian defender was resilient at the back when the going got tough at London Stadium.

The Frenchman was a joy to watch going forward. He didn’t need to defend much but weighed in with a league-leading fifth assist of the season.

Wow. What a performance from Arsenal’s No 10! The German playmaker was involved in all three of their goals.

The unsung Brazilian bossed the middle of the park from start to finish and produced a superb goal.

The winger was a constant threat with his pace and provided a very good finish to help Cardiff earn their first win of the season.

The Argentinian scored a good goal and was a constant threat with his pace and trickery.

The Frenchman delivered under pressure, taking his side to the verge of victory with two brilliantly taken goals.

There is competition for places at Man City and Mahrez rewarded his manager’s faith with a performance that had everything, including a wonderful goal.