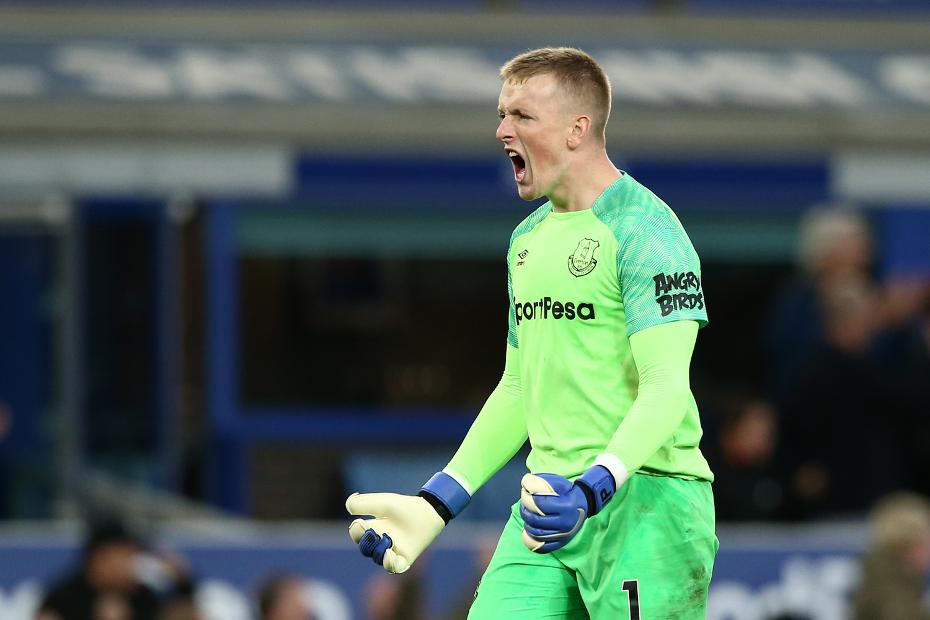 The England international kept a clean sheet and made four saves, including one from Luka Milivojevic's penalty kick.

That contributed to the Dream Team's overall total of 134 points.

Pickford takes his place in a 3-5-2 formation.

Pickford kept only Everton's second clean sheet of the season in Sunday's victory, which earned the goalkeeper his first double-digit haul of 2018/19.

Pickford's team-mate has produced solid attacking returns this campaign. Keane's assist against Crystal Palace was his second in seven Gameweek starts. He has also found the net once, averaging 5.6 points per match.

The centre-back has been a mainstay of the Chelsea defence this season and he marked his ninth straight start with a first goal of the campaign in the 2-2 draw with Manchester United.

The France international has only started six matches but his attacking threat is remarkably consistent. Mendy now has six assists, with a clean sheet and a single bonus point helping him to his second double-figure score.

Back-to-back Dream Team appearances make the Man Utd midfielder FPL's most in-form player. Martial now has three goals, an assist and two double-digit hauls in only two Gameweeks and is the most-bought player ahead of Gameweek 10, earning more than 84,000 transfers in.

The Brazilian contributed a goal and an assist in Manchester City's 5-0 win over Burnley, which earned him maximum bonus points. He has never managed more than four assists in a Premier League season but has two in nine Gameweeks already.

Owned by only 4.5 per cent of FPL managers, Ozil's form suggests that figure is likely to rise. He has now scored three times and provided an assist from his last four Gameweek starts.

The first of two Watford midfielders in the Dream Team, Capoue scored his first goal of the season in the Hornets' 2-0 win at Wolverhampton Wanderers.

Capoue's team-mate was the creative force behind Watford's victory. Doucoure provided both assists and now has four this season, equalling his total from 2017/18.

The cut-price Cardiff City striker scored his first goal of the campaign in their 4-2 win over Fulham. An assist and maximum bonus points brought Reid a first double-digit haul of his debut FPL season.

A second consecutive Dream Team berth for the Arsenal forward was again based on a dynamic appearance from the bench. Aubameyang needed only four minutes to score twice and he collected three bonus points from his 29-minute cameo as the Gunners beat Leicester City 3-1.