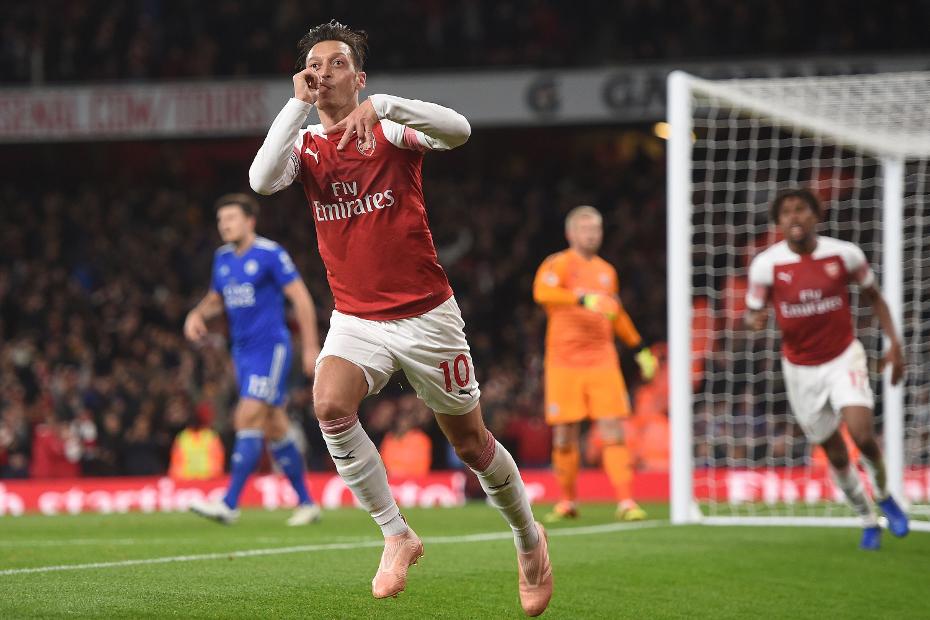 With his goal against Leicester City on Monday night Mesut Ozil reached a landmark for his country.

The Arsenal No 10 produced his 30th Premier League goal, making him the highest-scoring German in the history of the competition.

The 30-year-old moved ahead of Jurgen Klinsmann, the former Tottenham Hotspur striker, and Uwe Rosler, the ex-Manchester City forward, in the German scorers standings.

Ozil also leads the way for Germany for assists. Against Leicester he produced his 51st in the competition, 29 more than his closest compatriot, Dietmar Hamann.

He has some way to go to reach the leading German appearance-maker, however.

Ozil is one match away from playing his 150th in the competition, placing him fourth on the list of his countrymen.

PL goals and assists by Germans