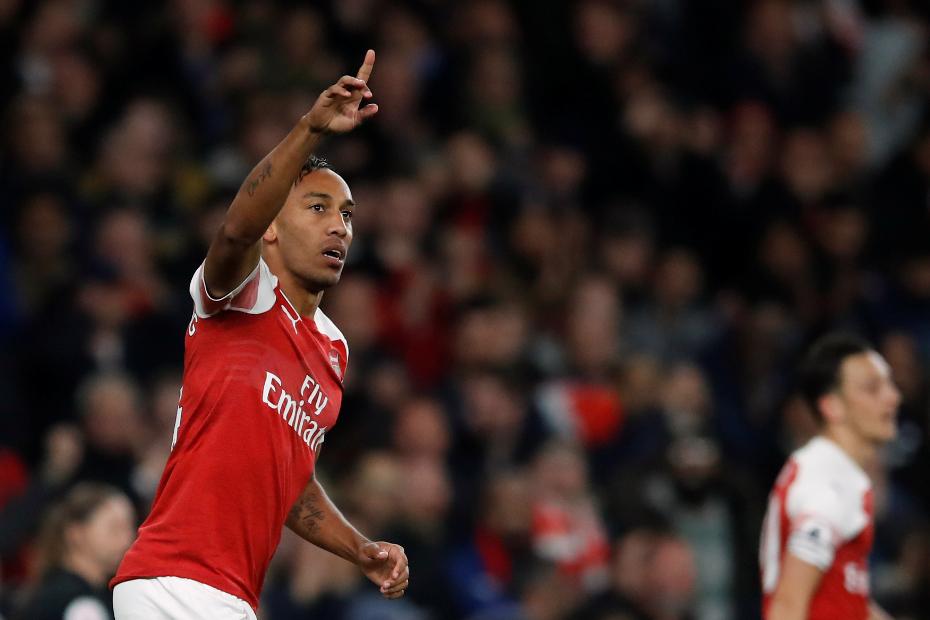 'The chemistry is good and you can see that' External Link

The Foxes started strongly and after Harry Maguire's header was well saved by Gunners goalkeeper Bernd Leno, they took the lead on 31 minutes when Hector Bellerin diverted Ben Chilwell's shot into the back of the net.

Arsenal responded well and they equalised just before half-time when the impressive Mesut Ozil guided home a Bellerin pass.

Leicester's Wilfred Ndidi headed against the bar after the break but Arsenal took control of the match on 63 minutes when substitute Aubameyang, who had been on the pitch for only two minutes, finished from Bellerin's centre.

And he sealed the win three minutes later with another close-range finish following a fine flowing move.

Arsenal move into fourth place, level on points with third-placed Chelsea, while Leicester are 11th.