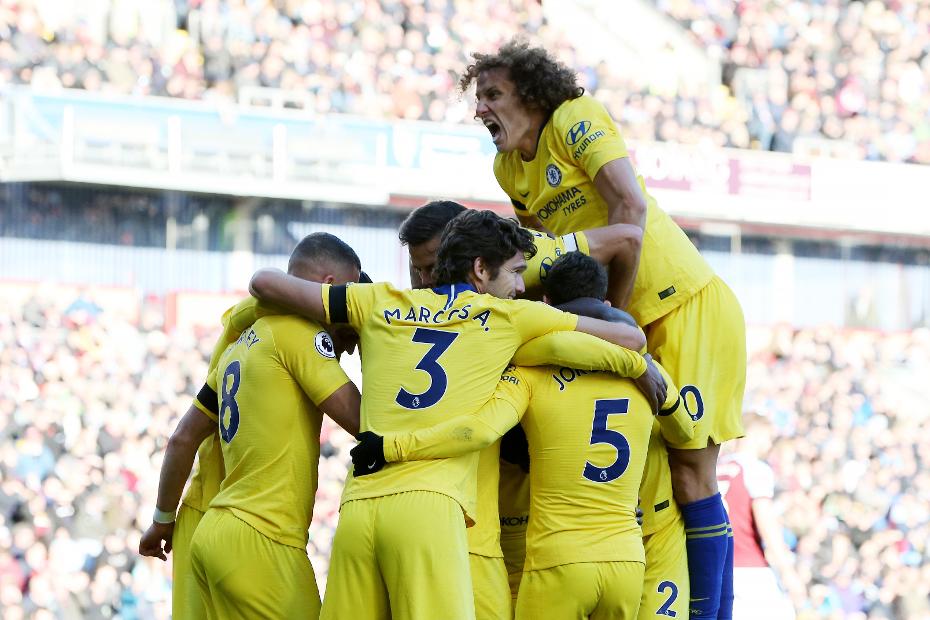 Ross Barkley starred as Chelsea maintained their unbeaten start to the Premier League season with a 4-0 victory over Burnley at Turf Moor.

The Blues took the lead on 22 minutes, Barkley playing in Alvaro Morata who found the bottom right corner after Willian had hit the post a minute earlier.

Barkley found that same corner 12 minutes into the second half to double Chelsea's advantage.

Five minutes later it was 3-0 as Willian received the ball from Barkley, glided past Johann Berg Gudmundsson and curled home.

Ruben Loftus-Cheek fired a fourth into the roof of the net in second-half stoppage time.

The result puts Chelsea above Manchester City and into second, with City playing on Monday night, while Burnley slip to 15th with eight points.