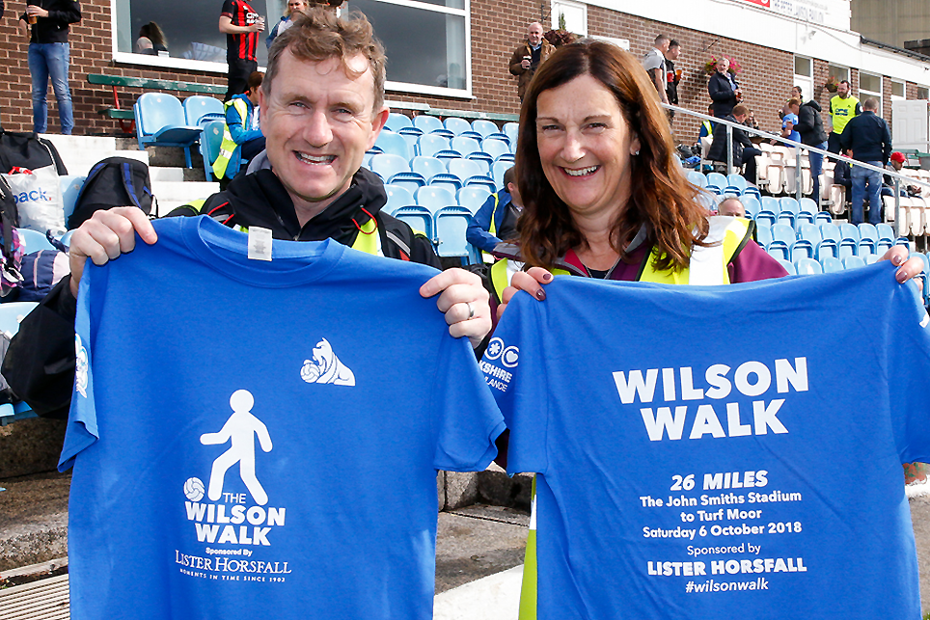 Huddersfield Town fans had an away trip with a difference as they took an unusual way of getting to their Premier League match with Burnley last weekend.

More than 150 supporters, including Terriers chairman Dean Hoyle and former manager Peter Jackson, braved the weather, terrain and a very early start to walk the 26 miles from the John Smith's Stadium to Burnley's Turf Moor.

The "Wilson Walk" paid tribute to Town legend Ray Wilson, who died in May, and raised money for Yorkshire Air Ambulance and the Alzheimer's Society.

"It was a real community effort," Hoyle said. "I'm proud to be doing more charity work with the football club."

"Doing this for my father and the Alzheimer's Society is great," Neil Wilson, Ray's son, said. "All the family are very, very proud to be involved in it."

Dementia is the UK's biggest killer, says Alzheimer's Society chief executive officer Jeremy Hughes, with one million set to develop the condition by 2021.

"Sadly, dementia devastates lives," Hughes said. "But every pound raised through the trek across the Pennines to Burnley will help Alzheimer's Society provide vital information and support, improve care, fund research and create lasting change for people affected by the disease."

You can donate at the Wilson Walk's Just Giving page. People in the UK can contribute by texting "KIUC83 £5" to 70070.