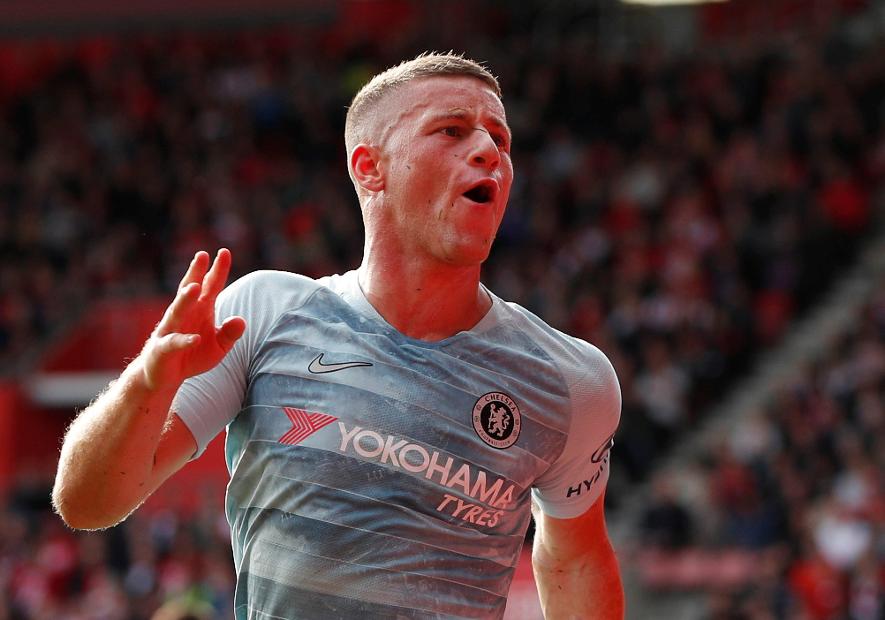 Ross Barkley scored his first goal for Chelsea and made another as a 3-0 win at Southampton extended their unbeaten start to eight matches.

Eden Hazard gave Chelsea a 30th-minute lead, finishing off a pass from Barkley for his league-leading seventh PL goal of the season.

Southampton almost got a goal back from long-range shots by Nathan Redmond and then Danny Ings, but on both occasions Kepa Arrizabalaga, in the Chelsea goal, came to the rescue.

Substitute Alvaro Morata, played in by Hazard, lifted the ball over Alex McCarthy in stoppage time to send Chelsea temporarily top ahead of Manchester City and Liverpool on 20 points.

Southampton are 16th with five points.