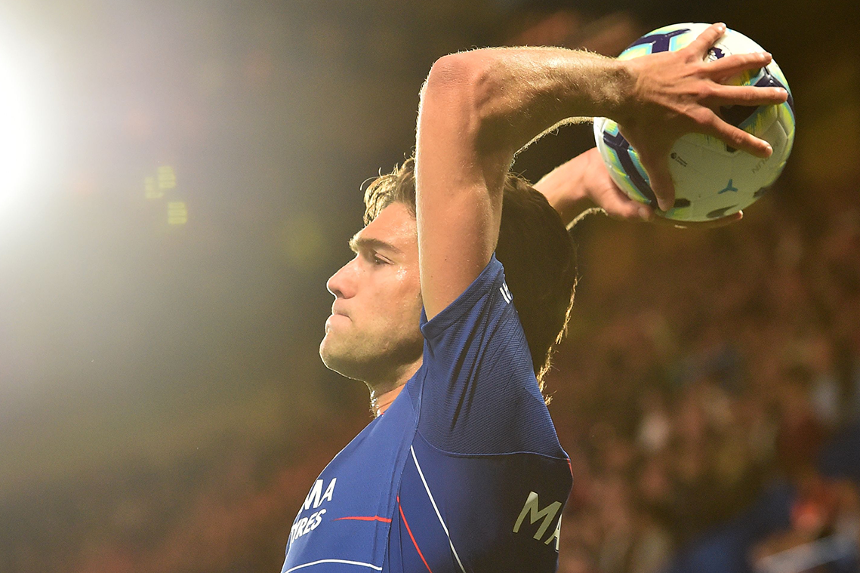 A trip to Southampton gives Marcos Alonso (£6.9m) the chance to extend his advantage at the top of the Fantasy Premier League defenders' standings.

The Chelsea left-back has produced 54 FPL points and holds an 11-point lead over his nearest defensive rival, Andrew Robertson (£6.3m).

Alonso has fared particularly well in away matches this season.

He has claimed 28 points in three appearances on the road, including 11-point hauls at Huddersfield Town and Newcastle United.

The Spaniard earns his place in a 3-4-3 formation for Gameweek 8, with Harry Kane (£12.5m) handed the captain's armband.

The Burnley goalkeeper has averaged seven points per home match ahead of a visit from Huddersfield. No side have recorded fewer shots on target than the Terriers' 18, boosting Hart's chances of a third clean sheet of the season.

The Tottenham Hotspur right-back has three sets of double-figure hauls in six Gameweek appearances. At home to a Cardiff City side who have scored only one away goal, Trippier could be set for another bumper haul.

The Manchester United left-back has been a big attacking threat over his six Gameweek appearances, producing one goal and two assists. Shaw carries that form into a home encounter with Newcastle, who have scored one goal in three away matches.

The Chelsea full-back offers multiple routes to FPL points at Southampton. Alonso has produced a goal, an assist or a clean sheet in five of his seven appearances, while his total of 14 shots on goal is more than any other defender.

Burnley's winger has claimed 22 points in the last two Gameweeks, thanks to one goal and three assists. Gudmundsson hosts a Huddersfield defence with 16 goals conceded; no side have allowed more.

The most-bought player in the Gameweek, Hazard has earned over 331,000 transfers in for his trip to Southampton. The Chelsea midfielder has returned 10+ points in three of his last four appearances and is the vice-captain for Gameweek 8.

Leicester City's playmaker has produced a goal or an assist in five of the last six Gameweeks. At home against an Everton defence who have conceded two goals in each of their away matches, Maddison's consistency can prosper once again.

The Spurs winger looks set for his first home start of 2018/19 against Cardiff. Son was particularly prolific at Wembley Stadium last season, recording nine of his 12 goals and six of his eight assists in front of his own supporters.

West Ham United's forward has scored in four of his previous five Gameweek appearances. Arnautovic now travels to Brighton & Hove Albion, one of only two sides yet to keep a clean sheet.

A big target for FPL managers for his home match against Cardiff, Kane has earned over 249,000 new owners. The Spurs striker has produced three goals and half of his 44 FPL points across the last two Gameweeks, and such form earns him the captaincy for Gameweek 8.

Fulham's striker has three goals in his last two home appearances ahead of a visit from Arsenal. No player has bettered Mitrovic's 12 shots on target, while the Gunners arrive having failed to keep an away clean sheet this term.

Mark McGettigan (@FPLGeneral): A great squad again this week. I can see Arnautovic causing havoc against Brighton on Friday night. I'd expect the goalkeeper and all three defenders to deliver a clean sheet.

Ben Crabtree (@FC_CrabDogg): I've not been too impressed with Son this season and think some of Arsenal's attack is missing for their trip to Fulham. The defence could score big, though.

Neal Thurman (@neiljthurman): I understand the logic on Trippier but after their midweek UEFA Champions League clash with Barcelona, I wouldn't be surprised to see Kyle Walker-Peters (£4.3m) rotated in. Toby Alderweireld (£5.9m) looks a secure pick at centre-half, particularly with Jan Vertonghen (£6.0m) ruled out through injury.

Sam, FPL Family (@FPLFamily): I really like the Hart pick. Burnley's fortunes have made a noted improvement since their exit from the UEFA Europa League. Their goalkeeper has earned an additional save point in every match and I'm backing him to deliver a haul at home to Huddersfield.

Paul Gee (@fplPaulGee): Great team. Love the Arnautovic pick, for the price point he is going to be the best pick up until Christmas, in my opinion. Avoiding Liverpool and Manchester City players could backfire, though. They are two of the most attacking sides in the Premier League, so leave their key men out at your own peril!