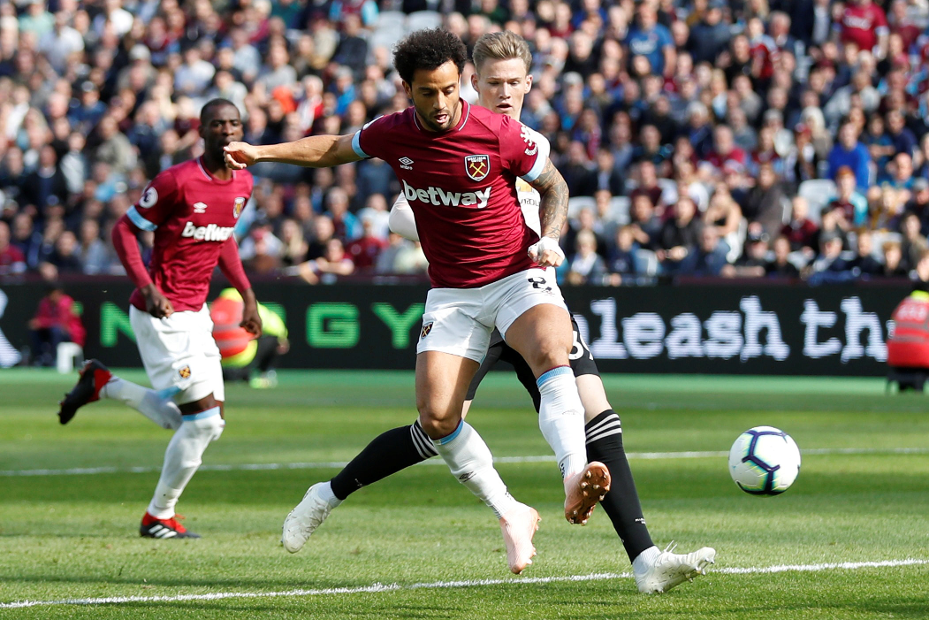 Felipe Anderson: My goal was a mixture of luck and instinct External Link

Zabaleta: It’s a great moment when you beat Man Utd External Link
What we learned in Matchweek 7

Alan Shearer says that in Felipe Anderson, West Ham United fans have found a shining star to be proud of.

The Brazilian playmaker scored his first Premier League goal in stylish fashion on Saturday, producing a skilful backflick that set the Hammers on their way to a memorable 3-1 win over Manchester United.

And Shearer, who includes West Ham's No 8 in his Best XI for Matchweek 7, says Anderson's growing influence is beginning to tell on a Hammers side who have earned seven points from their last three matches.

"The summer signing scored a wonderful goal against Man Utd," he says of Anderson. "He is showing the star quality that will get West Ham fans off their seats."

The Portuguese made a league-high six saves to get his clean sheet.

The full-back rolled back the years with an assist in an excellent display to shackle Man Utd.

A goal, an assist and a clean sheet. What more can you ask for from a defender who keeps getting better?

His first goal and a clean sheet rounded off another impressive performance from Wolves' new recruit.

The summer signing scored a wonderful goal against Man Utd. He is showing the star quality that will get West Ham fans off their seats.

The midfielder scored one and set up another in a great win for a resurgent Burnley side.

With two fine goals despite a penalty miss, the second Icelander to make my team was instrumental for Everton against Fulham.

A goal and an assist for a player who continues to grow under Pep Guardiola's guidance.

The England captain is back among the goals and showing his best form.

A brilliant goal and another outstanding showing from the best player in the league right now.

After a tough start, the Chilean has got the Hammers going with a great run of recent results.