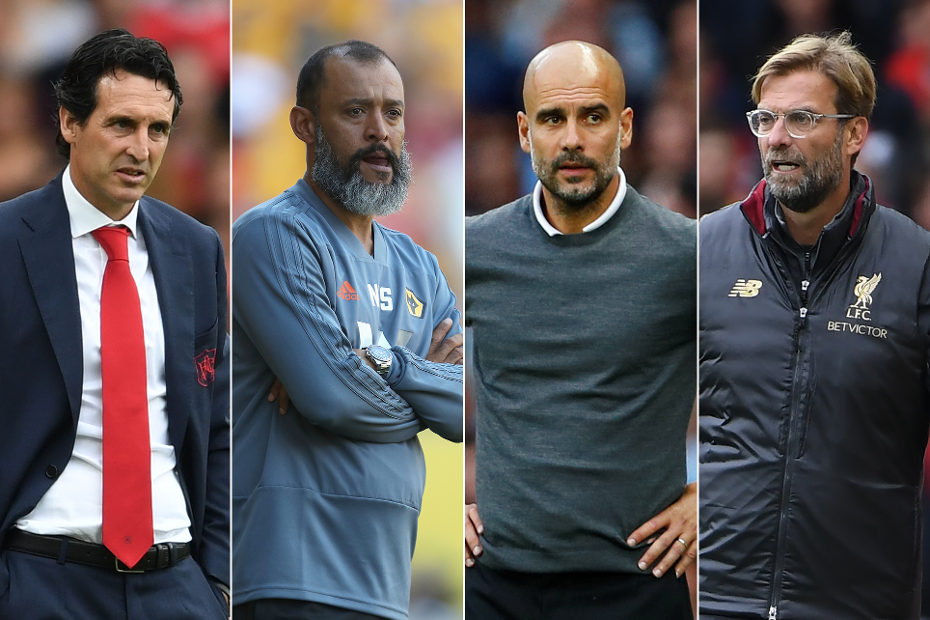 Four men have been nominated for September's Barclays Manager of the Month award, and you can help choose the winner.

See: Nuno claims Barclays Manager of the Month for September 2018

Fans chose their favourite and their vote was combined with those of a panel of football experts to decide the winner.

The Arsenal head coach achieved a 100 per cent record in only his second month in the Premier League, overseeing victories over Cardiff City, Newcastle United, Everton and Watford.

Wolverhampton Wanderers’ Portuguese head coach continued to look right at home in the Premier League as his side won three of their four matches and earned an impressive draw at Old Trafford.

The Spaniard kept Manchester City's title defence on track by winning all four of their matches. They scored 12 goals in the process while only conceding one.

In addition to victories over Leicester City and Southampton, the German oversaw a 2-1 win at Spurs and then a 1-1 draw in another challenging away fixture at Chelsea.