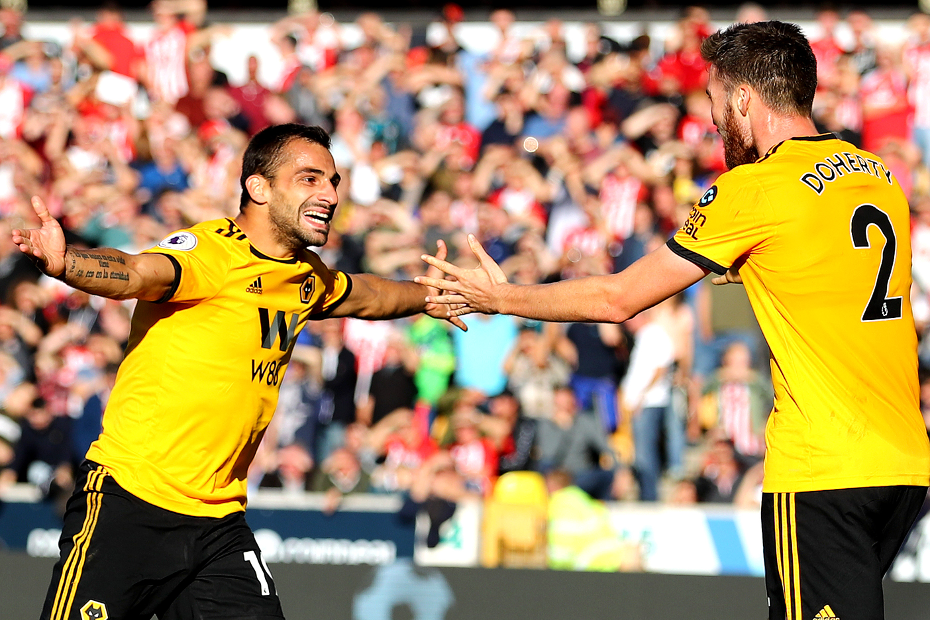 Doherty set up the second goal for Jonny in Wolves' 2-0 win over Southampton.

The pair scored 12 points apiece and are joined in the Dream Team by goalkeeper Rui Patricio (£4.5m), who recorded his first double-digit haul of the campaign.

All three take their place in a team who scored an impressive 137 points in a 5-4-1 formation.

Six saves and his first bonus points award of the season helped the Portuguese stopper to 10 points from the victory against the Saints. Patricio has now jumped into the top six for FPL goalkeepers.

The Leicester City centre-back recorded the highest score of the Gameweek, with a goal, an assist and a clean sheet in the 2-0 win at Newcastle United. He is one of only three defenders to find the net more than once this season.

A first attacking return of the campaign, together with a third clean sheet, earned the wing-back one additional bonus point. His points-per-million average of 7.5 makes him the third most valuable defender in FPL.

A second assist in three Gameweeks underlined Doherty's attacking threat. No defender has bettered his 10 shots on goal while the 10 chances he has created ranks him fourth among rivals.

The third of four wing-backs to make the Dream Team, Trippier provided his third assist in six starts as Tottenham Hotspur won 2-0 at Huddersfield Town.

The Crystal Palace defender has scored at least five goals in each of the last three seasons. His equaliser in Monday night's 2-1 loss at AFC Bournemouth was his first of this campaign, earning him the maximum three bonus points.

Everton's 3-0 win over Fulham was an action-packed affair for the Icelandic midfielder. He registered a brace of goals after missing a penalty. He has found the net three times in as many Gameweeks.

Sterling scored and provided an assist in Manchester City's 2-0 win over Brighton & Hove Albion. His premium price means he is still found in only 4.4 per cent of FPL squads. But his 47 points are second only to Eden Hazard (£11.1m), who has 60, among midfielders.

Burnley's 2-1 win at Cardiff City included a fourth assist of the campaign for Gudmundsson. That makes him the most creative midfielder of the season.

The Spurs striker scored both goals in the win at Huddersfield Town. He has three strikes in two matches and is the most-bought forward for his home match with Cardiff City in Gameweek 8.