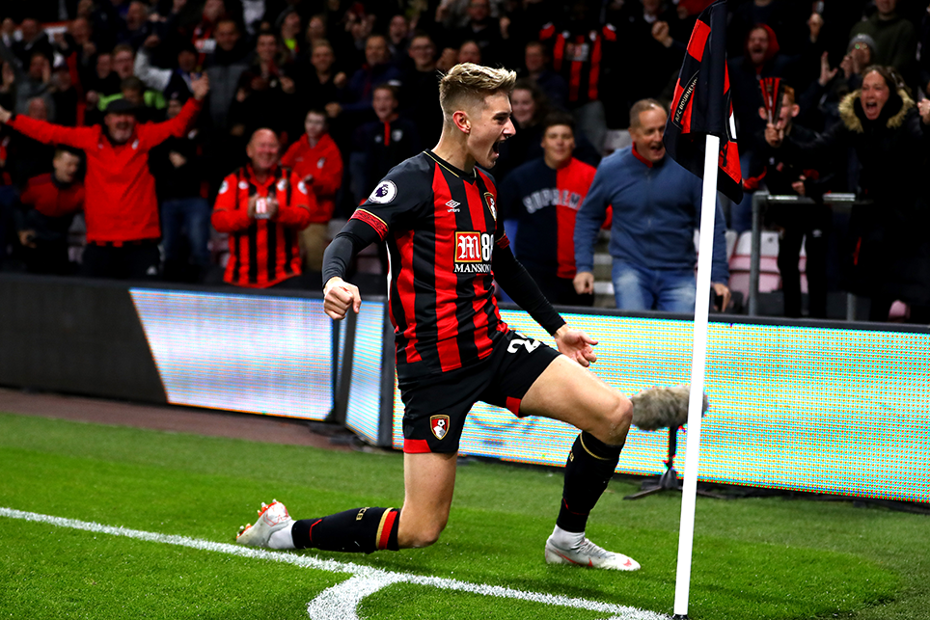 The landmark stats from the MW7 matches, including David Brooks' historic moment and why Leroy Sane is king of the assists

From Everton setting a record winning run to why Leroy Sane is king of the assists, find out some of the key facts from the latest round of matches.

Click on the fixture links for match facts and stats.

West Ham beat Manchester United by a margin of two goals for the first time in a league match since October 1982.

Everton have won their last 22 top-flight home matches against Fulham, a record in English football.

Since the start of last season, no player has provided more Premier League assists for another player than Kieran Trippier's seven for Harry Kane.

Leroy Sane has assisted 17 Premier League goals since the start of 2017/18, more than any other player.

Ivan Cavaleiro scored on his Premier League debut only 94 seconds after coming on as a substitute.

Liverpool's Daniel Sturridge has scored 17 PL goals as a substitute. Only Olivier Giroud (19) and Jermain Defoe (24) have scored more off the bench in the competition.

Since the start of last season, Johann Berg Gudmundsson has been directly involved in 14 PL goals, with three goals and 11 assists, more than any Burnley player.

At 21 years and 84 days, David Brooks is the youngest player to score for AFC Bournemouth in the Premier League.