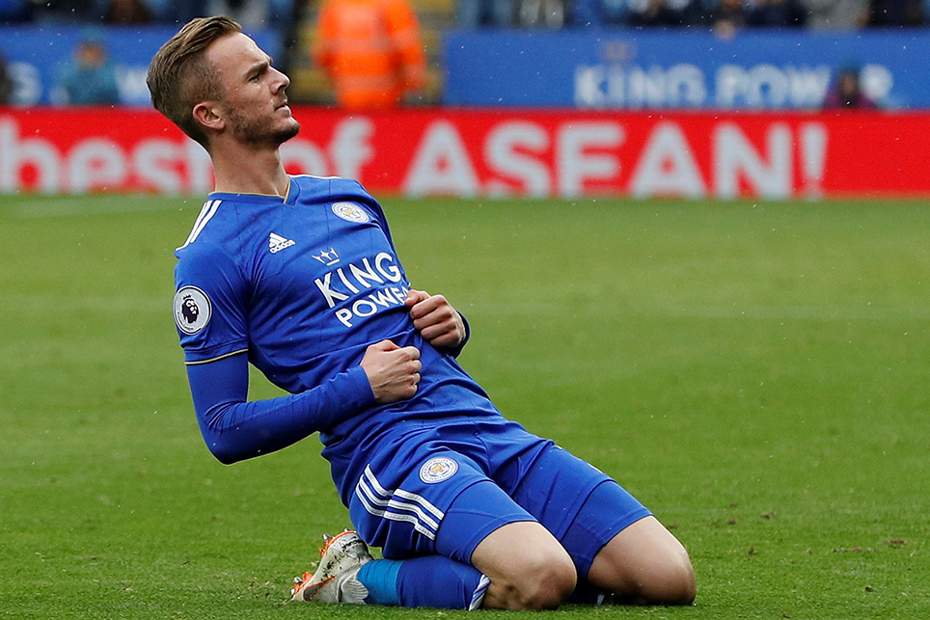 Alan Shearer says a call up the England team is beckoning for James Maddison following another excellent display at the weekend for Leicester City.

Maddison followed up on last week's set-piece masterclass with a superb free-kick in the Foxes' 3-1 victory over Huddersfield Town on Saturday.

And Shearer believes the 21-year-old's third goal of the season will have registered on England manager Gareth Southgate's radar.

"It was another fine performance and another goal," said Shearer of a player he has selected in the No 10 role in his Team of the Week.

"If he keeps on going like this it's only a matter of time before he gets a full England cap."

Three @WestHamUtd players in @alanshearer's #PL Team of the Week

Thoughts on his Matchweek 6 selections? pic.twitter.com/Ln8tvp97V2

Were it not for the Spaniard's brilliance between the posts, Wolves would have taken a deserved three points at Old Trafford.

Experience counts and the Argentinian right-back showed it all against Chelsea.

The Frenchman was impressive and helped keep Eden Hazard and Co quiet for a first clean sheet of the season.

The centre-back was solid. He collected a clean sheet and scored his first goal at Anfield.

This has been a great month for the 21-year-old. He made his England debut and was impressive again here.

The Portuguese produced a magnificent performance and goal. He also showed the energy and desire that his opponents lacked.

A performance full of maturity from the teenager. He was organising with an authority that belies his 19 years.

He was just magnificent, crowning a wonderful performance with an assist and a goal.

It was another fine performance and another goal. If he keeps on going like this it's only a matter of time before he gets a full England cap.

His was a superb performance which had everything.

The Frenchman scored a stunning goal to send Arsenal on their way to three points.

Nuno has now taken points off Man City and Man Utd and more than matched them in both encounters.