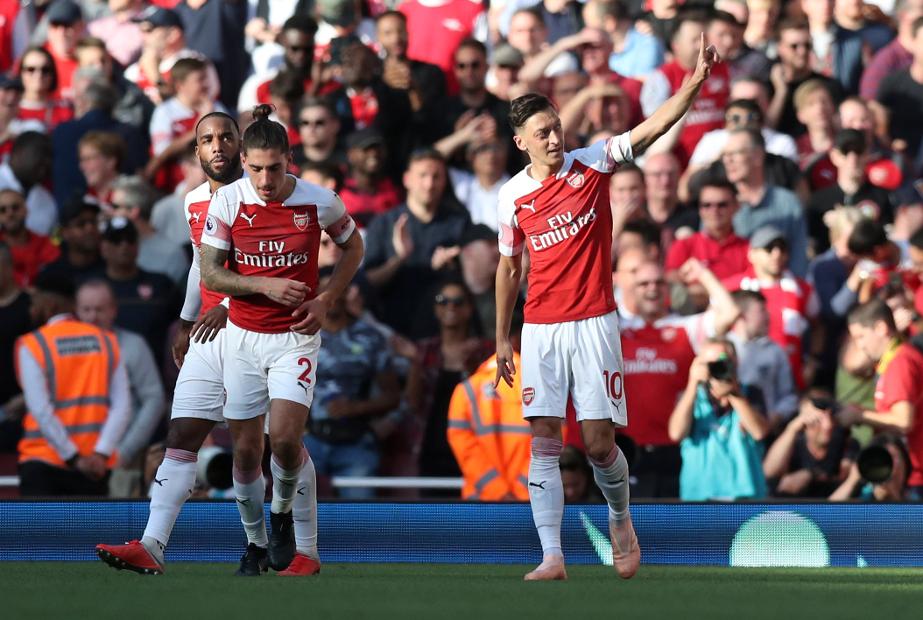 Two goals in the last 10 minutes earned Arsenal a 2-0 win over Watford.

Alexandre Lacazette went through on goal early on only to lift the ball over Ben Foster and wide of the target.

Will Hughes fired wide for the visitors, who became a growing threat in the second half.

Substitute goalkeeper Bernd Leno, who replaced the injured Petr Cech on 40 minutes, tipped Troy Deeney's effort around the post before denying Andre Gray with a smart save from a tight angle.

But it was Arsenal who took the lead after 81 minutes when Alex Iwobi's cross was turned into his own net by Craig Cathcart.

Their fifth successive PL victory takes Arsenal up to fifth, on 15 points, a place and two points ahead of Watford.