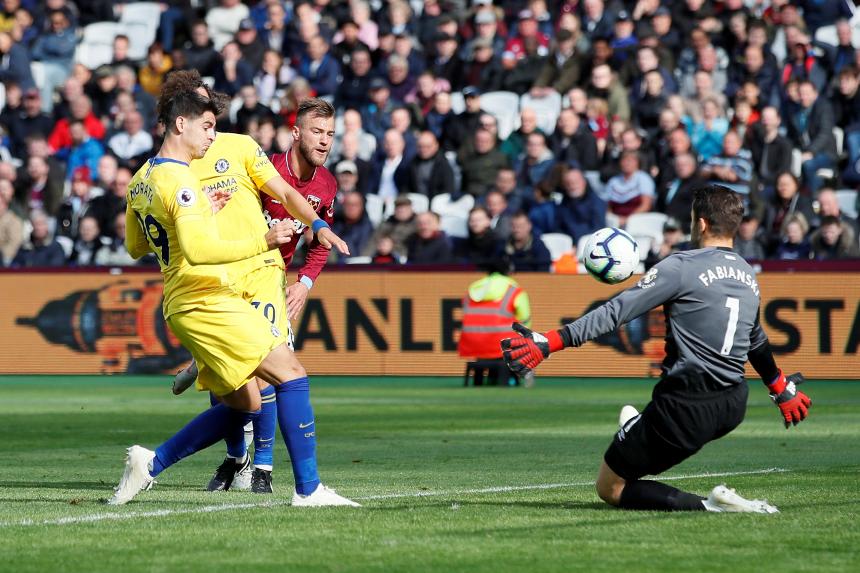 Chelsea's winning start to the season came to an end at London Stadium as they were held to a goalless draw by a hard-working West Ham United side.

The visitors began brightly but could have been behind in the 31st minute, had goalkeeper Kepa Arrizabalaga not denied Michail Antonio from four yards out.

Substitute Alvaro Morata had a great opportunity to score for Chelsea on 66 minutes but his effort was blocked by the face of Lukasz Fabianski.

Andriy Yarmolenko had the best chance of the match with 13 minutes to go, when he headed Robert Snodgrass' cross wide from six yards out, while Ross Barkley's stoppage-time shot was well saved by Fabianski.

The draw drops West Ham to 17th on four points. Chelsea move down to third, level on 16 points with Manchester City.