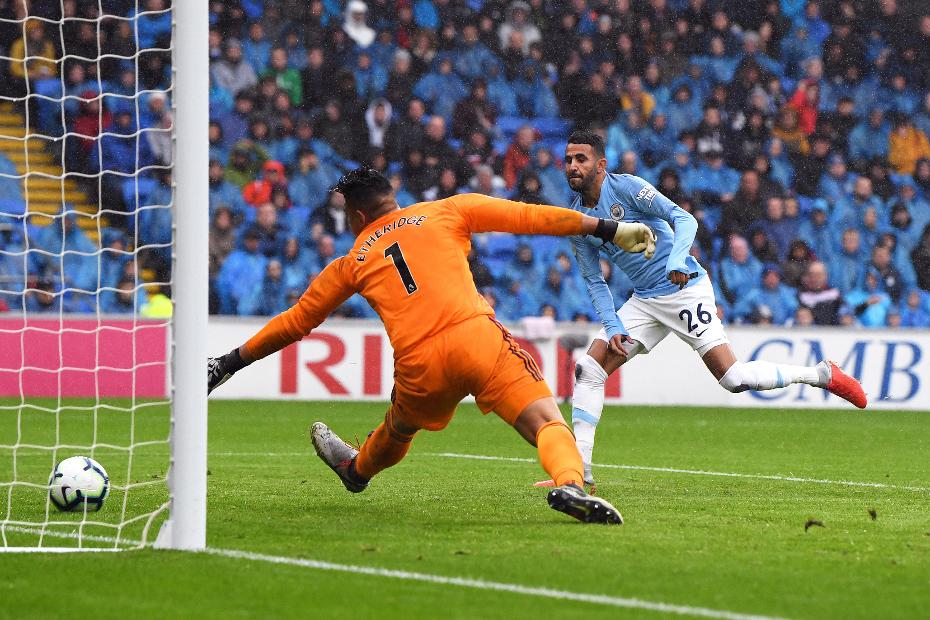 On his 300th appearance for Man City, Sergio Aguero tucked away a Bernardo Silva pass in the 32nd minute for his fourth goal of the season.

Ilkay Gundogan struck a wonderful third a minute before half-time with an unstoppable curling strike after a one-two with Raheem Sterling.

Mahrez came on in the 61st minute to strike twice late on as City moved to second, a point ahead of Chelsea, who play West Ham United on Sunday. Cardiff drop to 19th on two points.