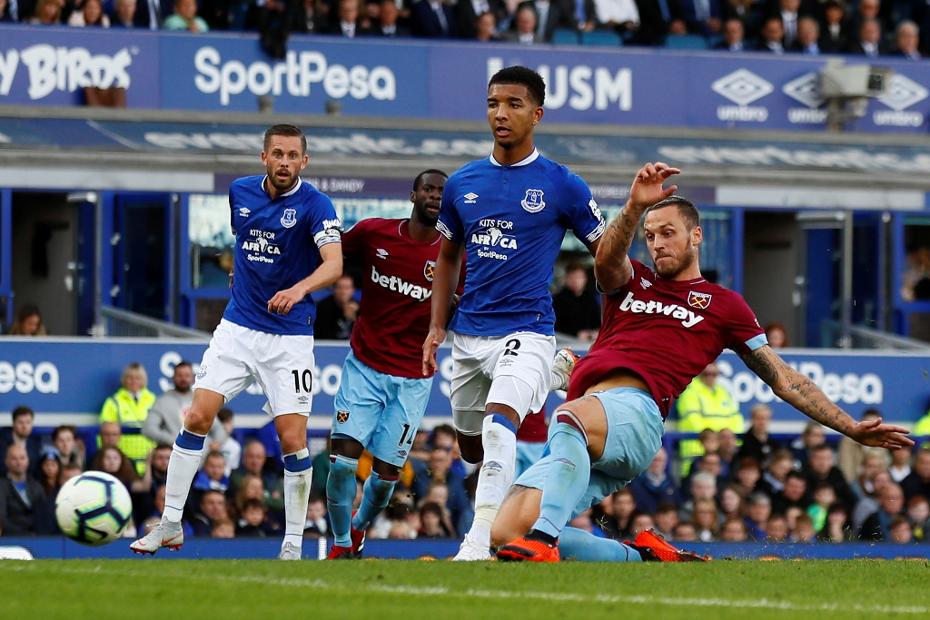 There is no higher a compliment than for Alan Shearer to single out a player for a "real centre-forward's performance".

That is how the league's all-time leading goalscorer described Marko Arnautovic's role in West Ham United's 3-1 win at Everton, the Hammers' first Premier League victory of the season.

"He scored a very good goal and provided an assist when his team needed it most," says Shearer of Arnautovic, who features in his Matchweek 5 selection.

Also in the XI is West Ham's Andriy Yarmolenko, whose two goals at Goodison Park did not surprise the Premier League Champion, who has been tipping the Ukrainian as a player to watch this season.

Here is @alanshearer's #PL Team of the Week

Thoughts on his Matchweek 5 selections? 🤔 pic.twitter.com/oHX6ObksQV

The Spaniard made two excellent saves, including one in the last minute to deny Watford a point.

The right-back was solid and provided a great assist.

The Dutchman was a rock at the back and didn't give Harry Kane a kick.

He was in cruise control all game for Manchester City.

The Scot was very good again and part of a very impressive Liverpool rearguard.

Two goals on his first start. I'm surprised it has taken so long (I tipped him as one to watch!!!)🤣.

The old man just keeps on going. Eric Dier and Mousa Dembele couldn’t live with him. He controlled the middle of the park.

The Brazilian absolutely bossed the midfield for City.

Two goals, an assist and three goals for the season already. He was a constant threat with his pace and energy.

A hat-trick and a stunning performance in a No 10 role. No talk of him being tired after a World Cup!!

A real centre-forward's performance. He scored a very good goal and provided an assist when his team needed it most. Led the line with such authority.

After dominating Spurs at Wembley, he deserves five out of five!