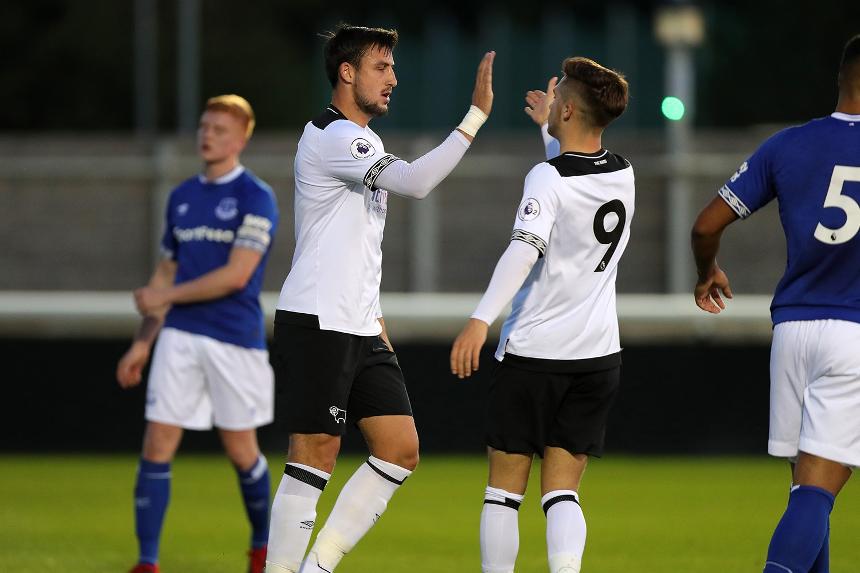 George Thorne penalty sinks Blues, while Arsenal are held at Blackburn in Division 1

Everton’s unbeaten run in Premier League 2 Division 1 was brought to an end by Derby County at Loughborough University Stadium.

George Thorne’s penalty proved the difference as the Rams marked their first match at the venue with their second win of the campaign.

The hosts took the lead after Aaron Eyoma was brought down in the area by Nathangelo Markelo in the 25th minute, and Thorne (pictured) struck the spot-kick into the bottom corner.

Darren Wassall’s side came close to doubling their advantage when Louie Sibley fired over and Max Bird headed wide, but were indebted to goalkeeper Henrich Ravas for tipping Antony Evans’ strike on to the post.

Derby move up to sixth place in Division 1, with eight points, level with fourth-placed Everton.