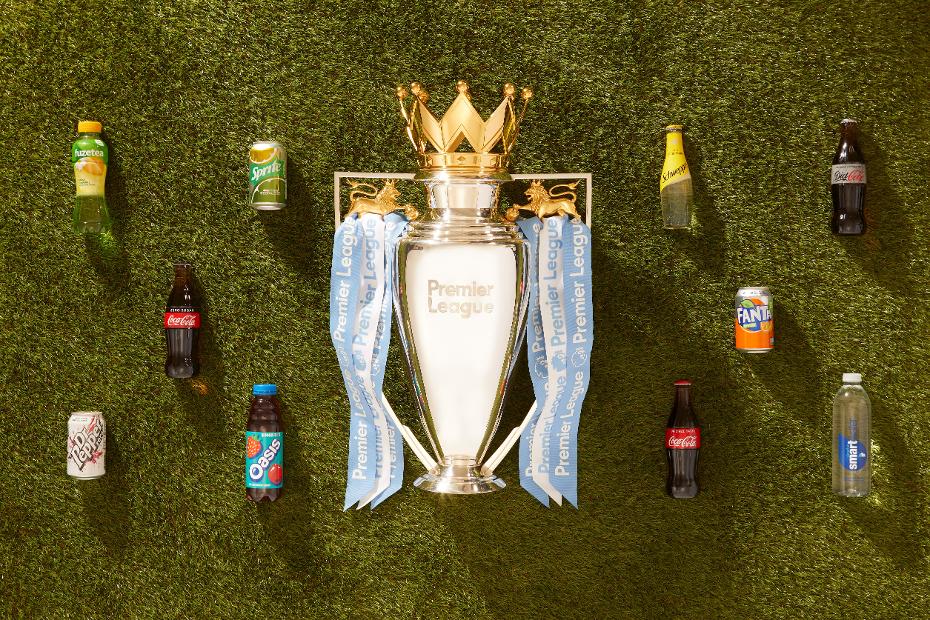 The Premier League and Coca-Cola Great Britain have announced a new three-and-a-half-year partnership, starting in January 2019.

It is the first sponsorship that Coca-Cola Great Britain will activate across multiple brands within its portfolio, showcasing a range of drinks including sparkling soft drinks, water and fruit-based drinks, with low and no-sugar options.

Coca-Cola will work with the League to engage and excite fans up and down the country, giving them an opportunity to get even closer to the Premier League and connect with the game they love, including a nationwide Premier League Trophy Tour.

"Coca-Cola is a huge global brand that has an excellent track record of sponsorship in football, from multiple World Cups to several years partnering with the English Football League," Richard Masters, Managing Director of the Premier League, said.

"We are excited that this is Coca-Cola Great Britain’s first portfolio-wide partnership and they will be bringing it to life across a range of brands.

"We know from their previous campaigns in sport they are excellent at communicating to fans across the globe and they have some exciting ideas – including a nationwide Trophy Tour – that will see the League benefit from their huge reach in the UK and across the world."

🎉 ⚽️ 🎉 We are thrilled to announce that from January 2019 we will be an official partner of the @PremierLeague! We can’t wait to bring fans closer to the game, with a drink for every taste and a nationwide Premier League tour. #PL #tastethefeeling pic.twitter.com/0IaJ3Irut5

Jon Woods, general manager of Coca-Cola Great Britain and Ireland, said: "We have a long and rich history supporting football at all levels, from the grass roots to the world stage.

"The Premier League is one of the most diverse leagues in the world and unites people with a shared passion for football and we’re looking forward to working together to help bring fans to closer to the action.

"The partnership gives us an opportunity to showcase the range of drinks we offer which we are proud to make here in Great Britain and will help us to raise awareness of our no-sugar drinks."

Both the Premier League and Coca-Cola Great Britain are working to promote sustainability and recycling and so will use the partnership to work together to continue this, with more details to come in early 2019.